Merry CrimesMas - Krampusnoir edition: Christa Faust on 10 Flicks Where the Kid Gets It

Trigger/content warning! In case you somehow managed to skip over the title of this post, it’s about scenes in movies where children get killed. Some are deadly serious and some are pulpy and gratuitous. If you’ve lost a child, or if you just can’t tolerate seeing any kind of harm to a child for any reason, you should definitely avoid these flicks. And probably this post too.

Also, because this is the jolly hellscape we live in now, there has been a recent school shooting at the time of this posting. More than one in fact. Because we have so many now that they all blend together into a blur of never ending outrage and sadness and hopelessness. The truth is that it doesn’t matter when I post this, there will probably have been a recent school shooting. I want to believe that there could be a future that doesn’t include regular school shootings, but it feels impossible. Because America.

That being said, there are people trying to change things anyway You can too. Don’t like that particular plan? Don’t bother trying to debate me about it, go run for office and promote your own!

Now, on to your regularly scheduled irreverent and outrageous holiday post. 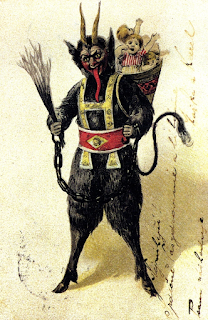 Happy Krampusnacht, kids! For those who don’t already know, Krampus is a devilish fellow who may or may not be an enforcer for better-known holiday racketeer Ol St. Nick. He rampages around town on the night of December 5th beating bad children with birch sticks and threatening to eat them or drag them down to hell. Fun for the whole family!

So, in honor of that storied holiday tradition, Mistress Christa-mas is here to remind you what happens when you’ve been naughty. Or nice. Because let’s face it, there is no justice in this cold cruel universe and death ain’t fucking Santa Claus.

Before I get to the flicks, the usual disclaimer. The words “top” or “best” are just as subjective and ultimately meaningless as naughty and nice. These are just ten kid-killing scenes that stuck with me for a variety of reasons, good or bad.

I excluded teens and tried to avoid stacking the deck with too many full-on horror movies, which tend to be the natural habitat for this kind of thing. For the most part, I focused on scenes where the death in question is on camera or nearly so and skipped lingering deaths by disease or famine. I also excluded zombies, ghosts and other spooky living dead kids. And I wanted to include as many pre-2000 examples as possible, because I’m old and that’s just what I like. Get off my lawn and go make your own damn list.

As always, your milage may vary. 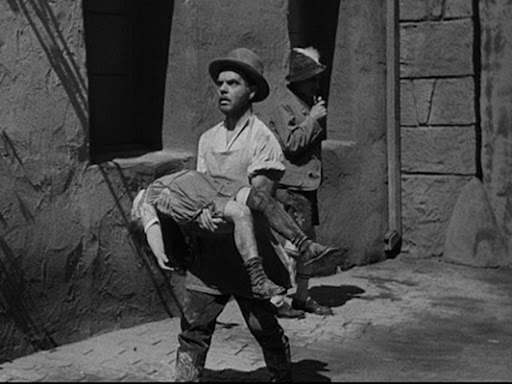 The OG of kid-killing scenes. What’s amazing about this scene is that we still somehow keep on feeling sorry for the Monster, even after he tosses his little playmate in the drink. To be fair, he didn’t seem to understand how fragile she is and doesn’t know his own strength. But, still… 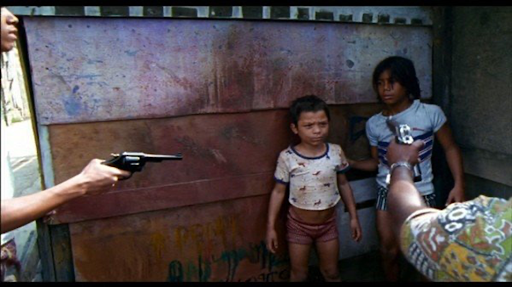 I mean fuck, take your pick. There’s all kinds of underaged violence, crime and mayhem, and kids dish it out as often as they receive it. That being said, the scene that really stuck with me is the one where the two boys are forced to choose between being shot in the hand or foot before one of them is summarily executed. If you haven’t seen this yet and you’re reading this list without flinching, then trust me, you need to go watch it now. I’ll wait. 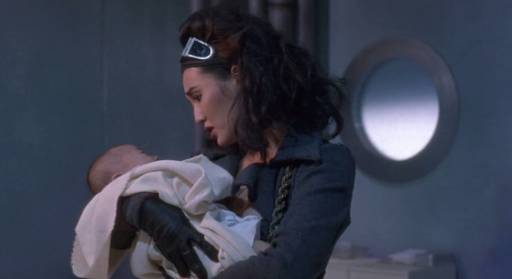 This movie is full metal batshit from the first frame, and if you like onscreen baby menace (sure, we all do!) this is the film for you. The story hinges on a kidnapping ring and babies get tossed around like hacky sacks. Maggie Chung eventually drops one on a nail (!!!) putting her right under Frankenstein’s Monster on the list of characters who accidentally kill kids but somehow still remain sympathetic.

Bonus: There’s also an astoundingly fucked up scene in the uncut version where a whole room full of toddlers are gunned down by one of the heroes, but we are told that they are already evil and can’t be saved. Not undead, per se, but technically in the spooky/supernatural category. It’s still pretty hard to stomach since they just look like (and die like) normal kids. 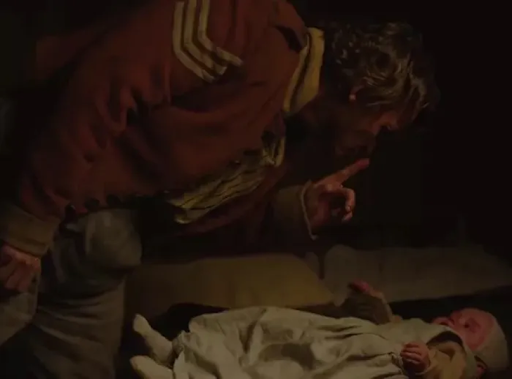 Holy fucking shit is this grim. It was hard to get through even for me and look who’s talking here. Brutal racism, misogyny, colonial violence, rape, torture both physical and psychological and I haven’t even gotten to the baby murder yet. I’m still trying to process how I felt about it.

Possibly the most dramatically drawn out kid killing in cinema history. The villain gives the last surviving member of the McBain family plenty of time to contemplate his impending doom before flashing a chilly little half-smile and blowing him away. We don’t actually see the kid go down, but we don’t need to in order to get the point that Frank is one bad hombre. 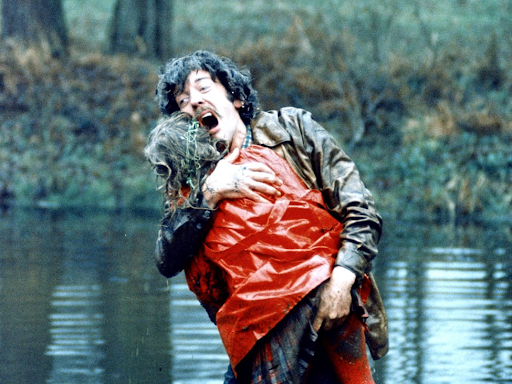 This is a deeply strange film that doesn’t seem to know what it wants to be. All mood and no plot in that 70s kinda way but I’m not mad at it. I was totally willing to go along for the ride. The scene in question is riveting, visually arresting and emotionally grueling. The whole flick is a melancholy and enigmatic meditation on the shapeshifting nature of grief. You’re almost better off skipping the jarring Left-Turn-at-Albuquerque ending and letting it remain an unsolved mystery. 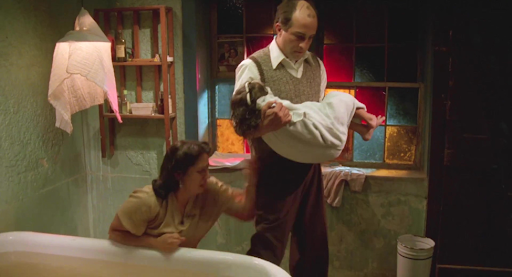 I already wrote up this deliciously twisted Mexican film, along with all its Lonely Hearts Killers siblings. The murdered toddler from the real life case is referenced in most versions, but Deep Crimson didn’t pull any punches with this brutal scene.

I hate most child actors. They usually come off like Baby Jane, all saccharine and over-the-top, but I love these two streetwise entrepreneurs. Especially Ricky, who reminds me of a kid version of Moe from Pickup on South Street. His death scene is more abrupt and not nearly as emotional as Moe’s, but I was still sorry to see him get it. 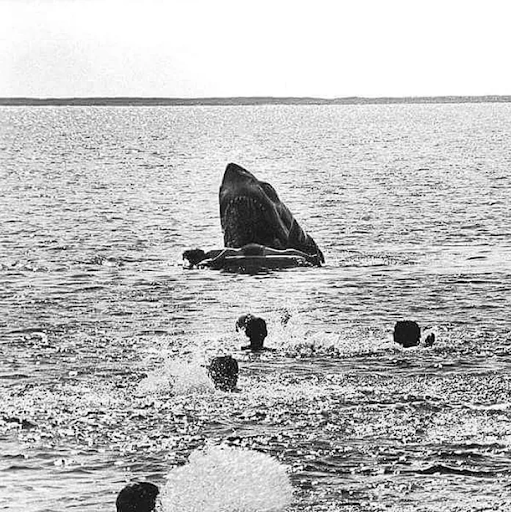 Like the shower scene in Psycho, the scene where the kid on the raft gets eaten by the shark looms large in my imagination. I swore I saw way more than was actually on film back when I first watched it as a child myself. Not to take away from the bloody, visceral impact of that scene, but I was 100% sure that I actually saw the shark bite that kid on screen. As an adult I realized it was just clever editing, but it’s kind of cool to find out that they actually shot a more explicit version that didn’t get used. Which, incidentally, is the source of the image above. 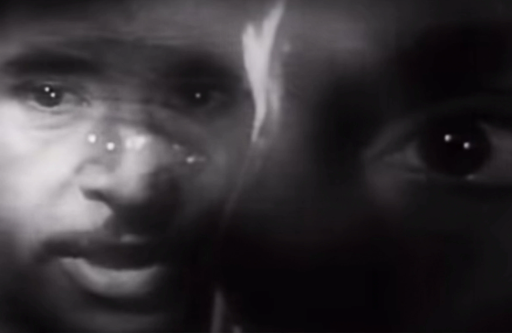 A tormented writer plots revenge on the hit and run driver who killed his son in this atmospheric Argentine Noir. The scene in question is surprisingly brutal and explicit for the time period. And hey, there’s a brand spanking new Blu Ray available thanks to the Film Noir Foundation, so you have no excuse not to check it out.

A quickfire list of flicks that didn’t quite make the cut for a variety of reasons, but you should watch them anyway.

His House - The daughter who dies is a teen, but this movie is aces and not enough people have seen it.

Aniara - (Stares into the distance…)

Trainspotting - Baby Dawn doesn’t die on camera, but she is unforgettable.

God Bless America - Technically he only shoots the baby in his imagination, but still.

M (1931) / M (1951) / The Black Vampire - All three versions of this film are amazing in their own way, especially the Argentine version, but none of the kids actually get it on screen.

Séance on a Wet Afternoon - The kid lives, but barely.

And, yeah yeah I know, Assault on Precinct 13 blah blah blah. But you know what? I fucking hate a Sad Daddy trope, so I didn’t include it. Although now I guess I kinda did. Also, what exactly is “vanilla twist” anyway? Guess we’ll never find out. 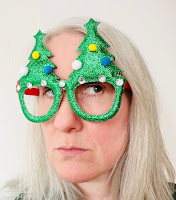 Oh, who does not love Christa Faust? So gloriously open in her writing and comments and just a blast to read and listen to.


Goddamn if Christa isn't the best and the brashest.

Proposal: The crime fiction community needs to mint an UNREMITTING BADASS medal so she can be the inaugural recipient.