Man Out of Prison: Kent Gowran on Faster

Counting down to the Netflix release of Evan Katz's adaptation of Dave Zeltserman's Small Crimes I'm looking at some of my favorite in the man-out-of-prison subgenre. Today Kent Gowran founder and former publisher of the criminally inclined flash fiction site Shotgun Honey looks at George Tillman Jr.'s Faster. 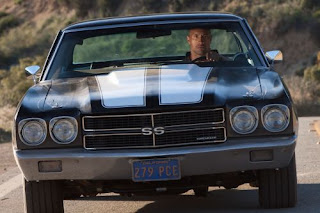 The 2010 film Faster begins with Dwayne Johnson as Driver being released from prison. Outside the gates, there's no one to meet Driver, so, being an athletic type, he goes for a jog. The sunny morning jaunt leads him to a junkyard where a sweet but seriously Frankensteined 1970/1971/1972 Chevelle SS/Malibu is waiting for him. This is the muscle car option where a big ass revolver under the seat is included and our guy Driver tears out of the junkyard and heads to an office in Bakersfield, where, apparently fed up with the incessant phone calls, he shoots the utilitarianly monikered Telemarketer, played for a few moments by Courtney Gaines, in the head. 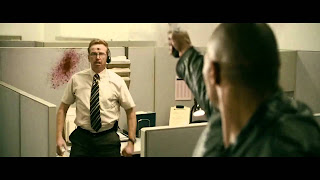 Having dispatched the former Hans Klopek, Driver goes to see the guy who hooked him up with the primo ride and gun. He's got a list of names, but, wouldn't you know it, he wants to fleece Driver for said list. Things don't work out, but no one gets shot in the head. 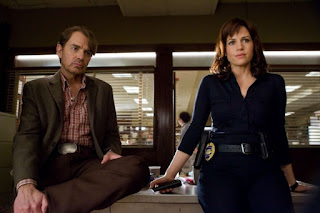 Billy Bob Thornton enters the scene as the accurately named Used Car Salesman Cop. He's partnered up with Cicero, a cop much better at her job played by Carla Gugino. In what could almost be a different movie, Cop and Cicero are tasked with tracking down Driver. Billy Bob's Cop is closing in on retirement, and if you've ever seen a movie with a cop in it, you know nothing good can come of that set-up. He's a mess, and, turns out, gets the bulk of what character development there is in the movie. Billy Bob turns in a solid performance as Cop, and it's not hard to imagine a different film where this character and his wreck of a life take the front seat.

Someone somewhere doesn’t approve of Driver being on the loose. Oliver Jackson-Cohen, who you’ll no doubt like me recognize from nothing else ever, plays a bored and conflicted hitman called Killer (we meet him just as he “beats” yoga) who’s hired to prevent Driver from getting a gold star on his death list. Lily, Killer’s girlfriend then fiancé then wife played by Maggie Grace enters the picture. She’s part of what is complicating the hitman’s life, though she’s also kinda into the whole boyfriend who murders for money thing. You could be excused for nodding off during this part of the movie. 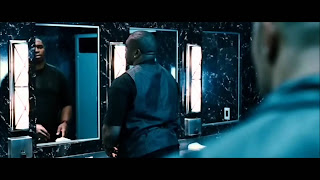 Driver ruins Killer’s day when, not only does he take out the next name on the list, he also escapes supposedly professionally-administered death with not so much as a scratch. The no-one-gets-shot gunfight isn’t half-bad and, really, the man formerly known as The Rock is a lot of fun in this flick.

Through some quick flashback action, we get hip to Driver’s motivations, and it turns out he’s not intent on ridding the world of telemarketers after all. Probably for the best in this case, though I’d buy a ticket to that movie in a heartbeat. We don’t get any of the post-prison trying to adjust to life on the outside moments, because, as the title implies and the movie mostly delivers, it’s all about speed and revenge. 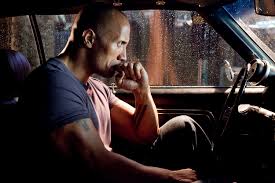 Up to this point, Johnson’s film career had been mostly comedies and family friendly stuff. Director George Tillman Jr. ,working from a script by brothers Tony and Joe Gayton, said he wanted Faster to be a sort of homage to the action films of the 1970s. It’s a nice thought, but it would be hard to say the movie delivers on that level. Johnson is well-suited to the role of an unstoppable killing machine, and if you chucked the modern technology, the movie would fit comfortably with the action hits of the 80s (complete with one-liners). 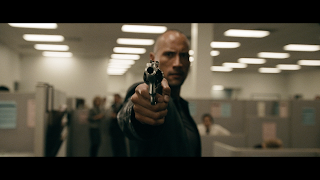 About midway through the movie, the plot gives up more details and the audience can see where it’s all going. Nothing unexpected nor spectacularly out of left field, but it’s done well enough. This is also the point where, as mentioned before, you can really imagine how a movie built around Thornton’s character could play out. 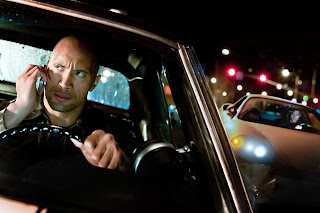 Driver roars over to Nevada without attracting the attention of the police who are looking for him even though he’d be really hard to miss. He attempts to strike another name from his list, but it turns out he’s not all that handy with an icepick. Realizing a mistake has been made, he heads to the hospital to finish the deed.

Cop and Killer are both tipped to Driver’s slip. Although he’d fostered a bit of mutual respect with Cicero, Cop blows her off and heads to the hospital in Nevada. He’s a little late to do his job, nearly loses his life, and, for at least a moment, there’s a glimmer of potential to not be a total loser. 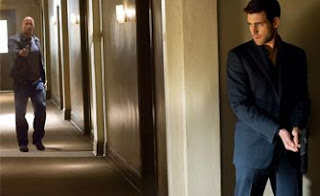 Killer and Driver have a bit of a back and forth gunplay on the road. Again, this whole hitman thing is unnecessary. Driver gets shot. Killer gets a set of flat tires. We move on to the next name on the list.

Driver thinks he knows who sold him out and is to blame for his brother’s death. At least, he thinks he knows. Turns out, there’s a lot Driver doesn’t know. Conveniently enough, it changes neither his list nor his revenge really much at all.

Down to the last name on his list, Driver finds a man who has changed his life for the better, not only for himself, but for others, too. He’s a different man in the eyes of the Lord now. In the eyes of Driver, not so much.

Back at the cop shop, Cicero puts the whole mess together. She heads out a little too late to divert disaster.

I wasn’t particularly satisfied with every choice made in how the film ends, the Killer plot sticks to its guns and remains dull, but, having now seen an alternate ending which was scrapped, it seems to be the better way to draw it to a close. 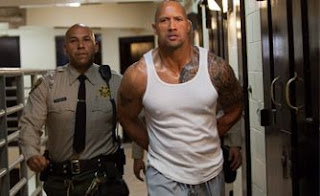 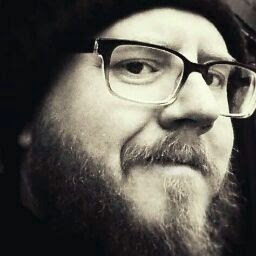 Kent Gowran's short stories can be found in Plots With Guns, Beat to a Pulp, Shotgun Honey, Needle magazine and all the hardest corners of the crime fiction web. Follow him on Twitter @kentgowran
Posted by jedidiah ayres at 7:13 AM

As a huge fan of the "bad-ass out of prison with bad-ass car does bad-ass things" subgenre I watched this one but forgot most of it. I also saw Drive Angry around the same time and they blend together, both have good intentions but comical execution. Not over the top enough (like Shoot 'Em Up and Crank) put not serious enough like Drive, the Driver, Vanishing Point, etc.

If I recall correctly this was the first Dwayne Johnson-starring vehicle where he was no longer contractually obligated (by his former masters at WWF) to do PG-13 (and under) rated flicks.

That opening scene of him leaving prison and driving straight to shoot some harmless looking motherfucker without a word between 'em was a nice welcome to R-rated material.

I agree w/both of you that it's no masterpiece, but I just rewatched it and it had enough going for it to pull me through.

BBT could've been the star of this one too. I enjoyed his character and performance (and I could ALWAYS use more Carla Gugino).

The opening was excellent. If the director had allowed it to set the tone for everything that came after, I think the movie would've had a shot at being a classic.