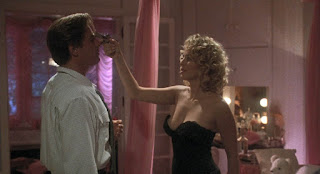 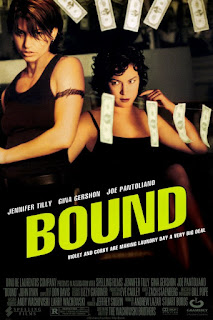 During numerous inebriations, I've proclaimed this to be the most audacious noir debut since the Coen's Blood Simple. What still strikes me is that the film has never relied on its low hanging fruit to attract a following. While it has grown with cult fervor, especially in the LGBTQ+ circles, the initial marketing didn't cast it off as this 'lesbian versus the mob' leather-fest either. My guess is that Wachowski's talent was so perceivable (particular tracking shots, enough Dutch angles to make Barry Sonnenfeld squeal, the ability to make literal paint dry look interesting, etc) that it didn't matter. Tilly and Gershon's chemistry could fire up a city grid, Joey Pants smarms and charms like few can and we get an early look at the inherent urban allure of Christopher Meloni. As entertaining as modern noirs get and an introduction that equals anything done from that decade which gave us the New Hollywood. 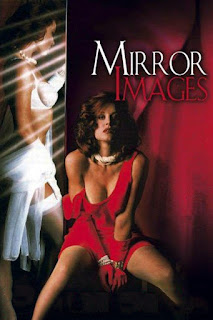 One of two pictures by hardcore lensman turned softcore edge lord Gregory Dark on my list, scusami. Mirror Image relies on the oldest of noir tropes: the stolen identity. Denmark's answer to Sharon Stone, Delilah Shepard, plays Kaitlyn, a complacent L.A. housewife married into money who takes on her sister's shady stripper persona to spice-up her otherwise privileged lifestyle. Shot with a visible aesthetic reminiscent of late era power ballad videos (i.e., shadows, fog and/or steam, wind machines), Dark cares less about plotting and more about scenarios that make women's blouses inconsequential to their overall well-being and thus using Shepard as an avatar to crisscross dangerous situations most married couples only think about but rarely share with each other. Another fun find lurking about in the cast is B-movie renaissance man, George 'Buck' Flower whose IMDB page, whence studied, will make you flex nuts at your next trivia night. 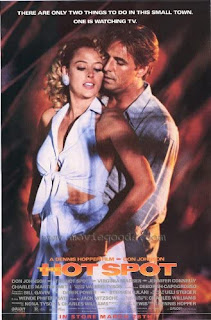 Adjectives have been invented to describe Dennis Hopper as an actor but as a director he can fairly be described as "solid". Workmanlike, even. With The Hot Spot, Hopper takes on the hardboiled adapting Charles Williams' seminal 1953 paperback Hell Hath No Fury about a mysterious shitkicker (here played by Don Johnson) who descends upon a dusty Texas nowheresville town and gets mixed up in the lives of two women — the fatale, Virginia Madsen, and the town ingénue, Jennifer Connelly, while plotting a bank heist. Offering golden-hued pulp flavor with a worm found at the bottom, the humidity practically plays the fourth lead as Hopper's camera cuts through the steamy amorality to bring Williams' book to life.  A total dud when released, it found a second life on home video thanks to suburban dads flop sweating its hard R-rating. The kind of movie that justified the frame-by-frame option on our VCRs (yes - that scene). Kino Lorber recently put out a Blu-ray reminding us that mainstream cinema will never again be this conspicuously thirsty. 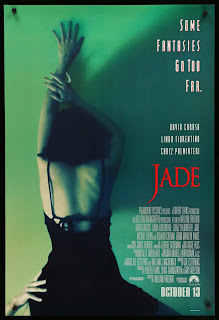 Before I quit that hellscape, I created a Facebook Group called 'Jade Apologists' and all I got in response was a bunch of grandmothers telling me why I should invest in gemstones. My admiration for Jade is inexplicable, going as far as trying to convince my wife to buy a welcome mat that says, “Welcome to the Fuckhouse!" (they're on Etsy.) Look, I'm not ready to die on this hill but I'm in need of triage. By '95 the Eszrterhas shitick went limp thanks to Showgirls, Fiorentino was almost parodying herself and Caruso had no business being a romantic lead. The movie went camp before opening weekend, so perhaps that's the allure? However, even I will concede that no respectable, disease-free citizen deserves to listen to Chazz Palminteri bust a nut — unequivocally the scariest William Friedkin set piece since Reagan Macneil's backward stair descent. 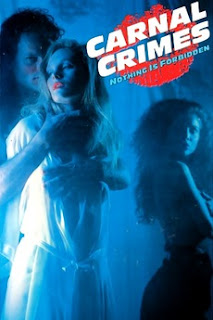 After film school, Kristofer Kay found fortune and glory in the adult entertainment industry, writing for various industry magazines before landing at Exotic Dancer Publications, the leading business-to-business trade journal for adult nightclubs across North America. On Twitter he's just another film bro. Before his account gets suspended again he can be found @Krisqueso1

Posted by jedidiah ayres at 6:55 AM