Noirvember: Brian Lindenmuth - Around the World in 5 Noirs

During the pandemic Year One, I started a blog dedicated to foreign language films called One Inch Tall Movies. Now that I'm working back in the office I don't update it nearly enough. But I do plan on doing better. So check it out if you'd like.

When Jed messaged me I had three ideas: 5 Hidden Japanese Crime Gems; 5 Indian Crime Flicks to Get You Started, and this one, Around the World in 5 Noirs. If you want to bullshit about movies, books, or whatever, hit me up somewhere. 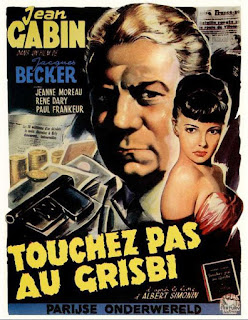 As far as French noirs go, Touchez Pas au Grisbi isn't exactly unknown. But I still believe it to be under recognized and I recently re-watched it and so wanted a chance to write about it because I fucking love it. To be reductive, Noir was created in the U.S. but it was the French that recognized its value. To put it simply, French noirs are worth checking out if you haven't watched any and are worth digging deeper if you have. Touchez Pas au Grisbi is one of the OG French noirs and arguably the most influential. It went on to influence Jean-Pierre Melville. There's also a sincerity present that wouldn't be present in Godard's work. Where Godard was aping/channeling/riffng on American hardboiled tropes and Humphrey Bogart, the protagonist in Touchez Pas au Grisbi is more authentically his true self.

Enough navel gazing, lets get to the movie proper. After a successful job everyone is waiting for things to cool down before cashing out. But word of the job gets out to a rival gang and Max, our lead character, has to use all of his charm, wits, muscle, and skill to retaliate and try to save the neck of his long time partner who kicked this whole mess off by whispering sweet nothings into the wrong woman's ear.

Touchez Pas au Grisbi is very elliptical in its approach. These characters live their lives and interact casually all the while important info rises to the surface for the viewer in due time. People who regularly interact shouldn't merely be plot delivery mechanisms. Here they aren't. In some respects this feels like a precursor to something like The Friends of Eddie Coyle or the works of Elmore Leonard where a similar elliptical casual approach is used.

Speaking of precursors, Touchez Pas au Grisbi is also reminiscent of Heat. Both movies feature older men who have made it this far and are starting to set their sights on other things. Can they pivot out of the life? Do they want to? But here's the thing, just because these lions are graying, doesn't mean they aren't capable. 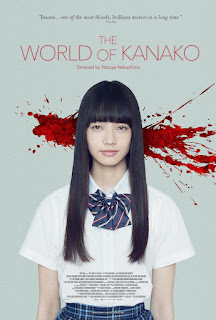 The World of Kanako - currently streaming on Tubi

In his earlier movie, Confessions, director Tetsuya Nakashima crafted a labyrinthine revenge plot involving a teacher whose daughter was killed and her students. Confessions is a touch too convoluted at times but two things are readily apparent. First, Nakashima doesn't shy away from taking his narrative and characters to some pretty dark places. Second, he's honest about the ability of children and teens to do some really dark shit. Fast forward a couple of years to The World of Kanako and you get some sort of demented, full dark, basement noir crazy, journey to hell shit.

When the angelic Kanako, a great student who has lots of friends and is really smart, goes missing her estranged father, a nasty and mean, violent, ex-cop is enlisted by his ex-wife to find her. What he finds instead will shock even him.

In a lot of noir stories the protagonist steps off the path of his regular life and that errant step leads to his downfall. Here, the protagonist is already well off the path of his old life. This is not a good guy. Which makes him kind of perfect to retrieve his daughter from the underworld she has been pulled into. The "downfall" here is unexpected though because it turns out that she is her father's daughter and she is the underworld.

Quite by accident, I've watched three Kôji Yakusho movies this year (The World of Kanako, Kamikaze Taxi, The Blood of Wolves) and he's becoming a favorite actor of mine. This one won't be for everyone but will hit right for some. You know who you are. 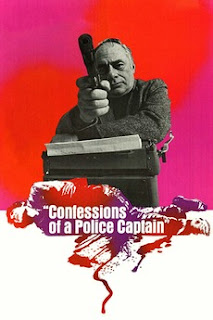 Confessions of a Police Captain - currently streaming on Tubi

Martin Balsam's career in the U.S. was waning some when the offer was made for him to fly to Italy to make Confessions of a Police Captain. Just like for so many other actors, it turned out to be a fortuitous move that breathed new life into his career. Balsam plays the police Captain. In the opening moments it is quickly established that he doesn't mind playing outside the law to keep law and order in his city. Nero plays the District Attorney who has a strong sense of justice, fairness, and believes in the law. These two characters will have some wonderful interactions with each other that touch on real estate, crime, class, and politics. If you like gritty 70's crime flicks with something to say you owe it to yourself to give this one a shot. 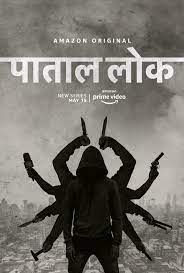 I've been watching a lot of Indian films since the start of the pandemic. My initial pitch to Jed was something like "5 Indian Crime Flicks to Get You Started". The fluctuating nature of streaming availability steered me in a different topic direction. I still plan on writing that piece so look out for it when I do. (Glimpse into the future: some Indian crime titles to consider and track down, from psychological thrillers to gangsters, to pulpy crime/action to Elmore Leonard blends of crime and comedy: Ishq, Vada Chennai, The Gangs of Wasseypur, Freedom at Midnight, Aaranya Kaandam, Nayattu, Malik, Onaayum Aattukkuttiyum, and Soodhu Kavvum. Again, more on those later or hit me up somewhere and we can talk about them.) Instead, for today, I want to point you in the direction of an easily available noirboiled TVshow called Paatal Lok.

Paatal Lok follows the classic hardboiled template of opening with a seemingly simple crime that isn't as it initially appears. The investigation of that crime will lead to all levels of society and people who will want to hinder the investigation to prevent those levels of corruption from being exposed. Our protagonist is a middle aged cop who wants to advance higher in the ranks and out of the backwater precinct he seems to be stuck in. When the opening crime takes place,he seems like the perfect patsy to take the lead. But his ambition and desire to do the right thing and dogged determination will lead to trouble.

As I said this is a classic hardboiled tale so you'll see, for example, shades of James Ellroy and other writers and movies. 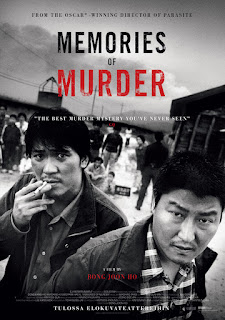 It was great seeing all of the acclaim that Bong Joon-ho received for Parasite, a truly great film totally deserving of all the praise it received. Parasite, however, is not his first masterpiece. His second movie, Memories of Murder, is.

Most people hadn't seen Memories of Murder before Parasite's big award wins. It sat on Youtube as a legal upload for a long time with a pretty low view count. When Bong Joon-ho's movies were picked up by Hulu, Memories was briefly available before getting pulled for the rest of 2020 in preparation of the Criterion release. So even with pandemic time on their hands, viewers seeking to watch the rest of his films still had very limited access, if any at all to Memories. Now, with the Criterion release finished, Memories is back on Hulu. Go fucking watch it.

Sometimes in noir we talk about an impending sense of doom. That doom isn't really present here. But by the third act there is this growing sense that this isn't your typical procedural. There will be no neat and tidy resolution, only ambiguity. And that ending? Wow. Those final moments are daring and haunting. Especially in the context of the real life case the movie was based on. Memories of Murder is a must watch. 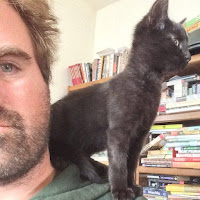 Brian Lindenmuth is a reviewer for SciFi & Scary/Leviathan Libraries. He is currently in the research stage of a non-fiction book about foreign language movies. You can find him on social media or at One Inch Tall Movies.
Posted by jedidiah ayres at 10:25 AM