Kicking off Noirvember with a few selections from the 1960s, a decade whose films I often have difficulty connecting with. The seedy desperation of the 40s and 50s gave way slightly to technicolor, rock 'n roll and the sexual revolution. Yeah, shit was super dark and turbulent all over, but I tend to associate the films of the sixties with the death-throes of the studio system, bright-POP art-direction and often campy overtones to the performances and action. Of course there are exceptions, but I'm harder pressed to find examples of exactly my shit in the sixties than other decades.
These picks represent my favorite first-watches from this year (in alphabetical order). Eighty percent of them are black and white and none of them are Hollywood pictures. Tips of my hat to Jordan Harper and Andrew Nette for recommending most of them to me. 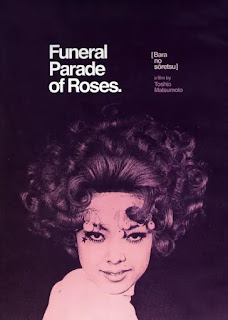 Funeral Parade of Roses - Toshio Matsumoto - This exercise in style is fascinating on several levels including the structure, technique and subject matter, but it lands pretty suddenly and hard emotionally too. This kind of avant garde stuff isn't always my bag, but I went for this Greek tragedy in the post-war Tokyo drag underground pretty easily. Currently streaming on Kanopy and The Criterion Channel. 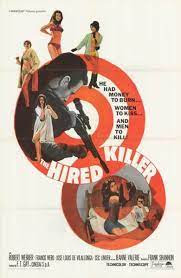 Hired Killer - Franco Prosperi - Robert Webber is the titular assassin reluctant to return to the profession in the employ of a shadow organization, but he accepts a final job in order to avenge his murdered brother. This one's another exercise in style that globe trots and leans heavy on Webber and Franco Nero looking boss in overcoats and leather gloves. Visible too are the period modern art direction, architecture and music that are often a hindrance to me buying in, but these elements are restrained just enough to notice and enhance rather than overwhelm the very basic and familiar story. A sustained atmosphere of detatched cool that I enjoyed hanging out in. Currently on Youtube. 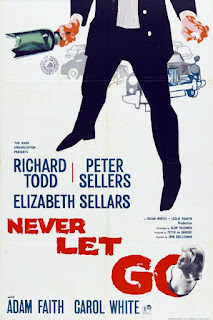 Never Let Go - John Guillermin - A man's car is stolen and he just won't y'know let it go. Ever. Richard Todd plays the aggrieved square not satisfied to quit his quest for restitution before things get entirely out of control and Peter Sellers is terrific as the gangster held responsible. The tamped down seething and under the breath snarling will eventually boil over and man do I wish we had a few more turns like this from Sellers. Currently on Youtube. 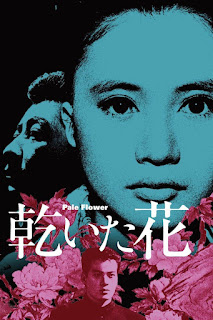 Pale Flower - Masahiro Shinoda - Another Japanese exercise in style makes the list (though this one is miles apart from Funeral Parade of Flowers). This story of a yakuza soldier just out of prison for a killing he committed in service of his superior. He finds a connection with a woman who shares his appetite for gambling and self-destruction. Startling imagery and fucking cool-ass acting make this one compare favorably to the coolest of the cold Melville stuffs. Currently streaming on The Criterion Channel. 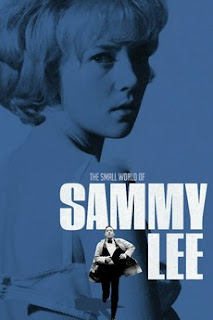 The Small World of Sammy Lee - Ken Hughes - Anthony Newley is the comic/emcee for a Soho striptease club up to his kneecaps in debt to the usual gangster types and he spends the run time of the picture running from their attentions. Would make a terrific heart-attack noir film fest feature with Night & the City, The Killing of a Chinese Bookie and Uncut Gems. Currently on Youtube.
Posted by jedidiah ayres at 3:58 AM