Here's a trio of near-noirs whose only commonality is that I was introduced to them over the pandemic (year one) and now can't shut the hell up about them. Plus they're all bleak as hell; so definitely watch over Noirvember, these babies aren't for holiday viewing. 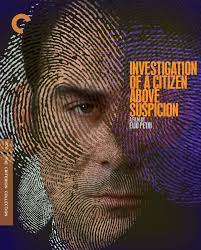 Investigation of a Citizen Above Suspicion

I watched this one with my film noir club (yes, I have one of those) recently. Gian Maria Volonté is hard to take your eyes off of as the vain and brutish Chief Inspector of Homicide who is leading the investigation of his own horrendous crime spree. Both a perverse police procedural and searing critique of Italy's ruling class, the film isn't a traditional noir but its pitch black world view and twisted anti-hero earned it a place on my little list. With slicked back hair and tailored suits, the bullying, gaslighting Inspector feels very much like an Italian precursor to American Psycho. The film’s tone often feels as schizophrenic as its protagonist with Ennio Morricone’s score ricocheting from dramatic to absurd, the dialogue darkly comic, the high and low camera angles arch and overly dramatic. It's a beautiful and bizarre picture made compulsively watchable by Volonté's tight-rope performance as the titular Inspector torn between his compulsion to be caught and his lust for power. 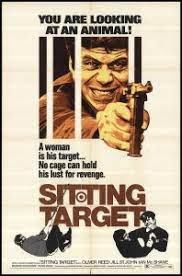 I can't remember who recommended this movie to me but thank you. Sitting Target may have my favorite prison break sequence ever and the set piece car chase isn't too shabby either. Oliver Reed's Harry is as hot-blooded and brooding as Ian McShane's Birdy is smooth and chill in this gritty revenge actioner about two escaped cons with a score to settle before they flee the country. Reed and McShane make a fantastic duo, until they don't.  "A woman is his target... No cage can hold his lust for revenge" is the poster's tagline and a fairly good barometer for if this nasty little crime caper is up your alley. It would pair nicely with a thick pint of stout, greasy fish n' chips and similarly seedy Brit pics like Get Carter or Villain. 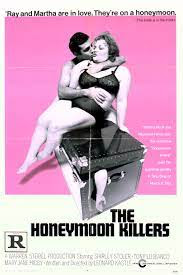 You'd be hard pressed to find a more twisted and despicable on-screen couple than Martha and Ray (Shirley Stoler, Tony Lo Bianco) in The Honeymoon Killers. The overweight nursing supervisor and playboy con man meet not-so-cute as pen pals before joining forces to pose as siblings while embarking on a series of scams and murders based on the real life Lonely Hearts Killers. Shot docu-style is harsh black and white, the film is as merciless to the grotesque couple as they are to their unsuspecting victims. In Martha and Tony's defense, their victims are a smug and grating bunch. The Honeymoon Killers is a sleazy little piece of underground cinema and truly authentic slice of bleak and bizarro Americana; Norman Rockwell hijacked by Larry Clarke. The film's writer Leonard Kastle stepped in to direct the picture after Martin Scorsese was famously fired for being too slow. Sadly this true crime curiosity was Kastle's only film but that only adds to the picture's mystique for me. Who doesn't love a one-hit wonder? 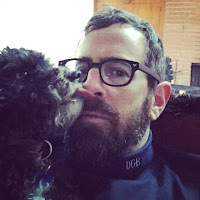 Duncan Birmingham is a writer and filmmaker in Los Angeles. He's been a writer and producer on TV shows that include Maron and Blunt Talk. His book of short stories, The Cult in My Garage, is out now. He wrote and directed the upcoming feature, Who Invited Them.
Posted by jedidiah ayres at 7:40 AM