This week on The Projection Booth podcast I joined Mike White and Bill Ackerman to discuss David Lynch's 1997 freakout noir Lost Highway, a movie I've been preparing to discuss for nearly 25 years. This is my 17th guest host appearance on The Projection Booth and a pattern of unreliable narrator/open to interpretation narratives has emerged as a theme in the films I've covered there. Those episodes are... 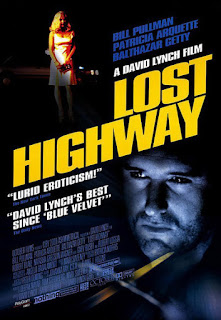 Lost Highway - One of my favorite movies ever, man. This meeting of minds between Lynch and co-writer Barry Gifford is a runaway train to hell that takes you right back home to start over again. The plot is a gordian knot that never entirely unkinks. There's always a stubborn 'fact' or two that comes along to fuck up all your hard work, but don't let it drive you crazy. Groove on its trippy rhythms, marvel at its audacious confidence, just try to blush away its sexual confusion or avoid its consuming dread. Brokebrain noir don't get no gnarlier. Be sure to check out this episode for an interview with Barry Gifford! 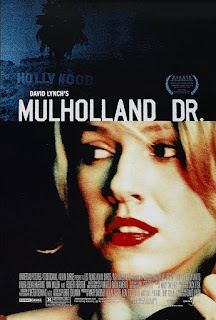 Mulholland Drive - Before Lost Highway, I had the opportunity to discuss part 2 of David Lynch's Hollywood Trilogy (concluded? by Inland Empire) and it's such a fuckin beautiful piece of heartbreak I get why it seems to overshadow LH for most folks. While I personally prefer Lost Highway's jagged edges and harsh tone I'll confess that I never get too emotionally attached to any of the leads. Not so here. Naomi Watts' descent into hell hurts me bad. Laura Harring leaves me weepy. I love this movie too. I have ideas about it and you can hear me go on about them to Mike and Erik Marshal. The episode also features interviews with Laura Harring and Patrick Fischler. 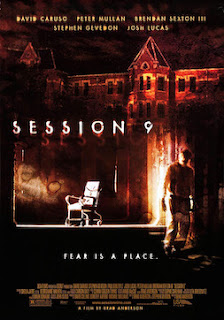 Session 9 - Nothing about his earliest films could prepare you for Brad Anderson's hard left turn from romantic comedy indy darling to modern psychological horror master. This film about a buncha blue collar boys busting their butts to de-asbestos a broke down ol' looney bin begets bugs in the brains of all who brave its bedeviled borders and begs a billion returns. Can you catch insanity like a virus? Are we dealing with demonic possession? Is this a ghost story or a tale of ordinary homicidal madness? All the answers are questioned. Mike and I are joined on the episode by Axel Kohagen, plus there interviews with Anderson and co-writer/star Stephen Gevedon. (And look for me and Mike providing a commentary track for the UK special edition from Second Sight Films in December - available to pre-order now). 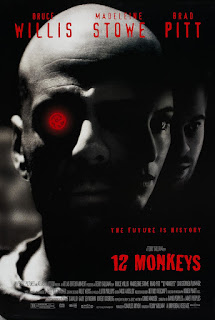 12 Monkeys - Terry Gilliam's apocalyptic prophesy is more terrifying than ever in the never-ending reality of Covid-19, but just because the killer virus that wipes out civilization seems real to Bruce Willis don't necessarily make it so. On my most recent watches I was awfully impressed by the lengths Gilliam and screenwriter David Webb Peoples (inspired by Chris Marker's film La Jetée) go to support multiple readings of the film (he's a time traveller! he's mentally divergent!). Considering Gilliam goes to this fantasy-relieves-reality theme again and again (Brazil, The Fisher King, The Adventures of Baron Munchausen, Tideland, Don Quixote) especially supports a reading of mental divergence, but hey, maybe you're happier thinking he's not crazy. But that means everybody's dead. Listen to me and Mike and Tony Black hash it out. The episode also features an interview with Dahlia Schweitzer, the author of Going Viral: Zombies, Viruses, and the End of the World. 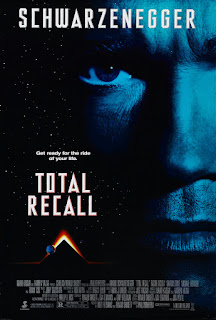 Total Recall - Paul Verhoeven's second ultraviolent hit Hollywood subversion is a candy-colored/coated/coded story about an average Joe who'd like to get the hell out of his life and see the red planet, but his virtual vacation don't go as he planned it...or did it? By the film's end we're not sure what to believe about our hero's journey. Who the hell is he? What even happened? Join me and Mike and Rob St. Mary for a conversation about a film that's all at once distinctly a Verhoeven joint, a perfect Arnold Schwarzenegger vehicle and an entirely recognizable Philip K. Dick premise. Quite a feat. The episode also features an interview with screenwriter Gary Goldman. Bit of a stretch to include it in a Noirvember post, but life's short, get limber.

Posted by jedidiah ayres at 7:01 AM