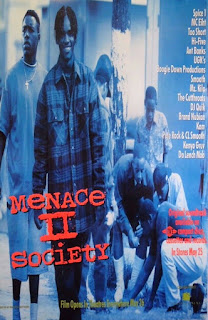 The finest noir film for my money wasn’t shot in black and white, or shot in the 1940’s/50’s. It was made in 1993 South Central LA by Allen and Albert Hughes.

Context: Noir has real meaning when it comes out of a ferociously hard time for the society being portrayed. The 1980’s was a brutal decade to be living in South Central LA. It was a time marked by Chief Daryl Gates employing military tactics and weapons against a civilian population. The LAPD acted like an occupying army, as one veteran officer put it, “It felt like I was back on patrol in Viet Nam.” Add to that the explosion of crack cocaine, fueling addiction and flooding cash and firepower into gangster’s hands. Murder rates shot up. Employment rates plummeted. Prisons were filled far beyond capacity.

It is in reaction to these times that N.W.A. gave us gangsta rap, and the Hughes brothers gave us Menace II Society.

The film starts with a voice over from our protagonist, Caine; “Went into the store just to get a beer. Came out an accessory to murder and armed robbery. After that I knew it was gonna be a long summer.”

That is pure noir/hard-boiled poetry.

Tyrin Turner imbues Caine with enough innocence and heart that we care deeply for him and hope against hope that he will survive the summer.

“O-Dog was America's nightmare. Young, black, and didn't give a fuck.”

O-Dog, played brilliantly by Larenz Tate, is a force for chaos, he is crazy, but that smile... Tate always makes me want to root for him.

The casting is spot on, with standout performances from Jada Pinkett, and Samuel L. Jackson. What makes this a truly amazing film is the Hughes brothers both get the world they’re working in while also being aware of film noir and it’s conventions. "If God created anything better than crack cocaine he kept that shit for his self." - Rodney Little (Delroy Lindo), drug lord.

Opposite coast from LA, dealing with the same issues.

Clockers is the story of Strike (Mekhi Phifer), a corner boy on the rise, and his boss who asks him to kill a competitor if he wants to move up. It’s also the story of his “good” brother Victor (Isaiah Washington) who is working himself into an early grave to support his family. And there is a murder investigation led by Rocco Klein (Harvey Keitel.)

The performances are brilliant. It is a powerful look at young men trying to find a life in a world of dead-end streets. 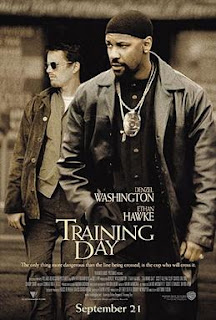 Training Day Directed by Antoine Fuqua. Starring Denzel Washington as a dirty LAPD narcotics detective and Ethan Hawke as a rookie officer on his first day with the narcotics squad.

Denzel Washington’s performance is fascinating. He is evil, or not, maybe he’s worldly or is he just using everyone around him? Is he hard on the rookie to prepare him for the real world? Or is he trying to get the kid killed?

Dark, brutal and noir as fuck. 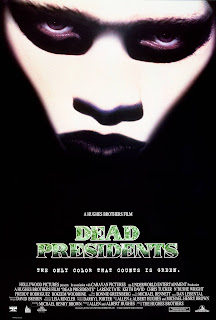 “That's Uncle Sam for you, son. Money to burn.”

The story of Anthony Curtis (Larenz Tate), sweet teen-ager who goes to the Vietnam War as a Recon Marine. He returns to his hometown in The Bronx, can’t support himself and his family, eventually turning to a life of crime. This is part social drama, part heist, all damn good. 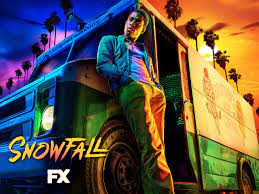 This FX series is amazing, but isn’t really Noir, or a film. It’s more Gangster Epic, a la The Godfather. The writing team includes John Singleton, Walter Mosely, Gary Phillips, and a whole gang of other great writers. Well worth checking out. 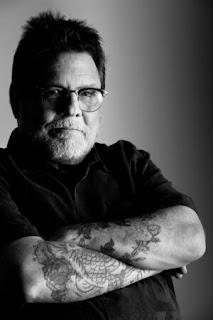 Josh Stallings‘ Moses McGuire trilogy found itself on over fourteen best of the year lists, and Young Americans, a standalone, was nominated for the Lefty and Anthony awards. Born in Los Angeles, and raised by counter-culture activists (and sometime Quakers) in Northern California, he grew up undiagnosed dyslexic and spent some time as a petty criminal and failed actor before becoming a movie trailer editor. He, his wife, and various four legged fiends now live in the San Jacinto mountains. His latest novel, Tricky, was written in honor of his son, Dylan, who is intellectually disabled.
Posted by jedidiah ayres at 9:47 AM