In addition to watching noir often, writing crime fction and true crime tales, I’m also a music journalist who listens to various types of sounds. However, when I’m working on the dark short fctions, I play albums that reflect the moods of me, the story, the characters and the gloomy landscape they inhabit. Recently while working on a soon to come femme fatale story I played Sade’s Haunt Me, and even swiped the title, while on other days the soundtrack would be creepy tracks by Tricky, Massive Attack, Marvin Gaye, Tangerine Dream, Franz Waxman and numerous others.

However, in the last few years I’ve been discovering recordings that master-mix my multiple passions of crime flicks, spooky pop and soundtracks to create different kinds of soundscapes that are the best of both worlds. Be them soundtracks without films or music that thinks it’s a movie, I’m inspired by these albums that blend my twisted sonic realities. 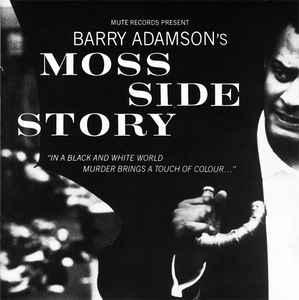 This Barry Adamson joint dropped in 1989 and plays like a long lost noir that Fritz Lang might’ve directed before leaving Germany. This album sounds like dark streets, dim street lights and danger lurking around the corner in M. Although this disc was his first solo album, Adamson was previously a member of Nick Cave and the Bad Seeds and, in 1997, contributed several tracks to David Lynch’s weird ass soundtrack for Lost Highway. 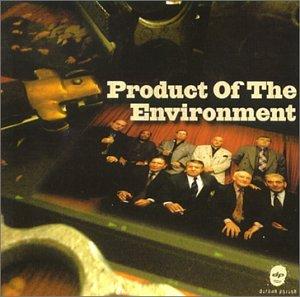 Back in the ‘90s Tricky made some of the darkest, most cinematic music on the planet. As brilliant as his old crew Massive Attack was, Trick’s first two albums Maxinquaye (1995) and Pre-Millennium Tension (1996) were my favorite albums of that era. Although Product of the Environment wasn’t released until 1999, Tricky had been talking about the concept of recording real life Brit gangsters for years. These dudes used to work for the Krays and other bad men, tell their brutal, killer truths over industrial beats. The accents on these geezers are so heavy the album needs subtitles, but it’s still brilliant. 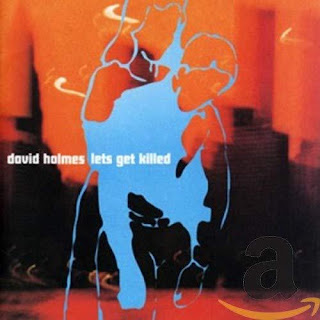 A few years before composing soundtracks for my favorite director Steven Soderbergh, this cool cat David Holmes was creating crazy concept albums This Film's Crap Let's Slash the Seats (1995) and, my favorite, Let’s Get Killed (1996). Holmes went to New York City from his native Ireland, recorded random people talking shit on the streets, and incorporated that with trippy sounds, illmatic breakbeats, urban jungle din and downtown poetics. This album sounds like the bugged out sequel to Taxi Driver. 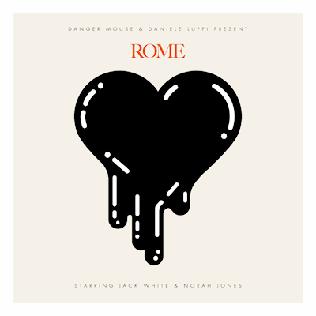 Out of the albums on this list, this is the one I’ve played the most. A tribute to Italian soundtracks, especially spaghetti westerns, Rome features guest appearances from Jack White and Norah Jones, who’s hauntingly beautiful Season’s Trees is easily one of the best songs ever recorded. Whereas the other albums on this list tend to be hyper as a heart attack, Rome has a more laidback vibe. I play this whenever I get tired of trying to write like Chester Himes and try to write like Patricia Highsmith. 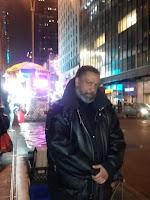 Michael A. Gonzales is a native New Yorker from across 110th street who has been into crime films and noir fiction since seeing The French Connection when he was eight. He’s written all kinds of stuff for all kinds of people, but you can check his essays and true-crime features at CrimeReads and music journalism at Soulhead. Upcoming short fiction will appear in Under the Thumb: Stories of Police Oppression edited by S.A. Cosby, The Book of Extraordinary Femme Fatale Stories edited by Maxim Jakubowski, Killens Review of Arts & Letters and TaintTaintTaint literary magazine
Posted by jedidiah ayres at 11:03 AM