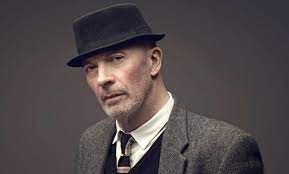 French writer/director Jacques Audiard has a career in film going back to 1974. He began a screenwriter, and if you’re fan of French crime films and noirs, you’ve probably seen some of the movies he wrote (The Professional with Belmondo, for example). 20 years into his career he became a director with See How They Fall (1994). The film is based on the novel Triangle (1982) by Teri White, which won the Edgar Award in 1983 for Best PBO, with a screenplay by Audiard and Alain Le Henry.

For this list, I chose three of his films from the early to late 00s, recommended for solid Noirvember viewing. More recently, he was one of the screenwriters on, and the director of The Sisters Brothers (2018) and one of the writers and directors on the French TV Series The Bureau during its 2020 season. 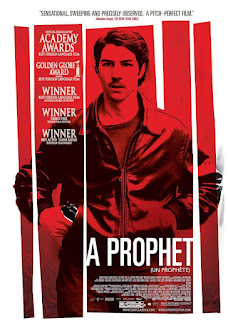 A Prophet (2009) is about a young Algerian man named Malik who’s sent to prison for attacking cops. Malik, unable to read and without allies, soon falls in with the Corsican gangsters, led by a guy called Luciani who made Malik the unwilling killer of a man named Reyeb, an associate of the rival Muslim gangsters. Malik gains the trust of Luciani, and the protection of the Corsicans in prison. Soon enough, Malik earns furlough privileges, and begins conducting business for Luciani on the outside. In prison, Malik becomes friends with Ryad, who teaches him to read write. Ryad also introduces him to Tarik and Hassan, at which point they begin to build power within the prison, Malik’s part unknown to Luciani. From there, we continue follow Malik on an odyssey of criminal enterprise, shifting alliances, kidnappings, drug dealing, the whole spread. I think the film ultimately works as both a noir thriller and social realism. 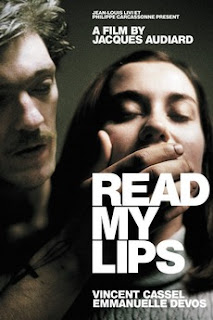 Read My Lips (2001) is a cool little noir about an ex-con, Paul, and a secretary, Carla. Carla is partially deaf, which she keeps secret, and treated terribly by the people at her job with a construction company. She has one friend, Annie, who really isn’t much of a friend. After an incident at the job, the boss lets Carla hire an intern. The first applicant is Paul, and Carla finding him charming and affable, she hires him. Paul is let in on Carla’s secret, and with his perhaps more malicious leanings, the pair begin to make things better at work for Carla. Soon enough, Carla is drawn into Paul’s criminal world, and a robbery is planned. How do those things usually go? Not exactly as planned. 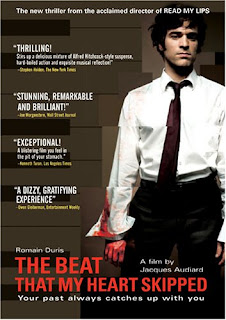 The Beat That My Heart Skipped (2005) is Audiard’s remake of James Toback’s Fingers (1978). If you’re familiar with Fingers, I’m happy to say the ridiculously squirrely performance of the lead actor is (mostly) tossed out here. While Toback’s film is interesting with its place in late 70s New York films, I can’t say Fingers is one I’d suggest seeking out. On the other hand, The Beat That My Heart Skipped is an interesting noir portrait of a man named Thomas, a guy who wants to be someone he’s not. A chance encounter awakens an old ambition, and he’s gripped with the desire to be a concert pianist. While the film generally follows the plot of the original, Audiard makes better choices with his version. Thomas begins taking piano lessons from Maio-Lin, a Vietnamese immigrant who doesn’t speak French. All the while, Thomas continues on with his more criminal endeavors, which have a tendency, no surprise here, to not go his way. The tail end of the film is where we really see Audiard make this his film, building hope before the rug is inevitably pulled out from under. 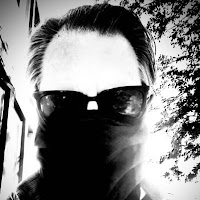 Kent Gowran lives in Chicago.
Posted by jedidiah ayres at 6:07 AM