Film noir and David Lynch go together like coffee and cigarettes (or coffee and donuts, if you prefer). The connection is obvious even to neophytes of both: the man’s films are soaked in the style, mood, and tropes of the genre, often so much so—as in the case of Lost Highway (1997) and Mulholland Drive (2001)—that they can border on parodic, although ultimately, the terror and wonder at the heart of them are too strong to ever dip over into irony.

Like true-blue noir, Lynch’s films operate on the emotional logic of nightmares, although, unlike noir, they don’t necessarily adhere to a sense of fatalism, as that would follow too linear a narrative for his liking.

Lynch himself has talked about his love of certain noir films—in particular, Billy Wilder’s Sunset Boulevard (1950), which along with The Wizard of Oz (1939) is probably the most notably influential Hollywood movie on his own work—but there are many examples, including films that predated his career as well as those that followed in his wake, that give off that ‘Lynchian’ feel.

Here are five such films: 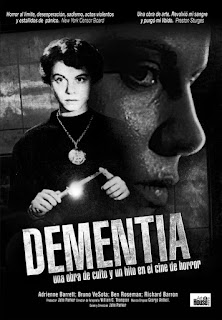 This experimental, near-silent, black-and-white oddity from John Parker (his sole feature) mixes elements of German expressionism, classic film noir, Bunuel-esque surrealism, Freudian psychology and outright horror tropes to portray the troubled dream journey of a young woman haunted by sexual trauma. As our nameless heroine moves through a shadowy urban hellscape stalked by ghouls and guilt—it becomes more and more apparent as the film progresses that she has murdered a man—as what little grip on reality we and she had to begin with rapidly unspools.

As much a precursor to proto-American new wave cult classics like Night Tide (1961) and Carnival of Souls (1962) as it is to Lynch’s ‘women in trouble’ films (particularly 2006’s Inland Empire), those who haven’t seen this dark gem will likely find it a revelation. Be sure to see the film in its original form, and not the butchered version put out schlockmeister Jack H. Harris, which was retitled Daughter of Horror and had voice-over narration—from Ed McMahon of all people!—added to it. 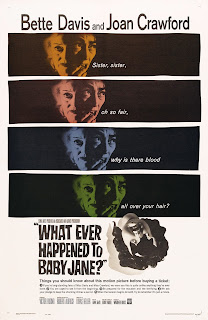 The only movie on this list that’s not a deep cut, and one of only two that I feel like Lynch had to have seen (the other being #3), Robert Aldrich’s iconic horror melodrama sees screen legends and bitter personal rivals Joan Crawford and Bette Davis playing sisters and former child stars living in a secluded old mansion. Confined to a wheelchair after a mysterious car accident that took place years earlier, Crawford’s Blanche Hudson wants out of the suffocating relationship, but Davis’s dangerously infantile Jane is dead set against letting her sister leave, as it threatens her deranged and hopeless plans for a comeback.

Between the stark black and white cinematography, pitch-black comic grotesquerie, and dream-like musical sequences on display, What Ever Happened to Baby Jane? seems as obvious an influence on Lynch’s first feature, the experimental Eraserhead (1977), as its mix of faded Hollywood glamour, sordid showbiz secrets and desperate battle of feminine attrition are on Mulholland Drive and Inland Empire. 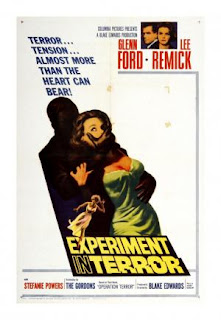 An opening title sequence punctuated by a landmark sign that reads: Twin Peaks. A terrifying sexual predator who has already  “killed twice” and promises to “kill again.” A string of murdered women and stalwart G-man hot on the case.

From that basic description, you’d assume I was describing Lynch’s seminal series, Twin Peaks, but in fact, I’m writing about the black-and-white Blake Edward’s thriller Experiment in Terror.

The year between his two most famous movies—1961’s Breakfast at Tiffany’s and 1963’s The Pink Panther—Edwards helmed this moody, usettling noir (arguably a neo-noir), about an asthmatic criminal named—wait for it—Garland ‘Red’ Lynch (Ross Martin), who threatens a San Francisco* bank teller (Lee Remick) into helping him rob her place of work, all while Glenn Ford’s FBI agent tries to stop him.

It’s not only the aforementioned individual references that make it seem like David Lynch had to have seen this film at some point (although it’s also possible his Twin Peaks co-creator Mark Frost could have been the one influenced by it), there’s an air of sexually charged, at times hypnagogic dread overhanging Edward’s film that feels entirely of a piece with Lynch’s work, (particularly Blue Velvet [1986] and Lost Highway). Indeed, the character of Red Lynch has much in common with the villains of those films, a progenitor of Dennis Hopper’s psychosexual brute Frank Booth and Robert Blake’s seemingly omnipotent Mystery Man.

(Experiment in Terror also feels like a huge influence on Dirty Harry, what with its criminal/cop cat-and-mouse game plotting, San Francisco setting, and a major set price taking place inside a sports stadium.)

*The Twin Peaks sign at the beginning belongs to that city’s real-life neighborhood. 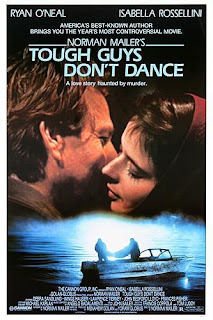 According to Jonathan Rosenbaum, Tough Guy’s Don’t Dance writer/director Norman Mailer admitted to being a little inspired by David Lynch’s film from the year prior, Blue Velvet. However, watching Tough Guys, you’d likely assume the entire thing was a conscious attempt to ape Lynch’s controversial, but acclaimed breakout hit: both star Isabella Rossellini as a not-quite femme fatale and the kept woman of a psychopath (in this case, the great Wings Hauser, whose turn at the beginning of the decade as killer pimp Ramrod in Vice Squad is probably the only psychosexual lunatic of that decade’s cinema more loathsome/fearsome that Frank Booth) and both are scored by Angelo Badalamenti. Yet, the publication of Mailer’s novel of Tough Guys Don’t Dance predates Blue Velvet by two years, so any credit owed to Lynch must be limited.

Those earlier surface details certainly make Tough Guys the perfect pairing for a double feature with Blue Velvet, although make no mistake, it’s the second movie on that bill. An exercise in pure excess—emotional, stylistic, and especially performative (just see the film’s most infamous scene)—Tough Guys is perhaps the quintessential Canon Films-produced, auteurist-driven movie (other examples include Jean-Luc Godard’s King Lear and John Cassavetes’ Love Streams): so singular and weird that it could only have come from Mailer, but sleazy and exploitative enough that it fits neatly into the Canon cannon. 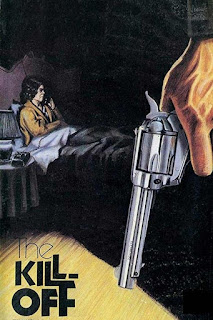 Released in only a handful of theaters the same year that Twin Peaks briefly took America by storm, Maggie Greenwald Mansfield’s loose adaptation of hard-boiled master Jim Thompson’s 1957 novel shares a number of similarities with Lynch’s series, including a murdered woman at its center (not, in this case, the beloved young prom queen, but rather the despised and aged town gossip), a roadside bar that works as a front for a drug-dealing operation, a working-class town filled with hidden affairs and secret rivalries, and a disturbing theme of incest and familial abuse.

There is also a heavy sheen of grimy surrealism that runs through the film (as well as Thompson’s work, although it’s less prevalent in this novel than others) that connects it to Lynch’s oeuvre (in particular, a bizarre dance sequence that would feel right at home in just about any of his films).

If anything, Mansfield’s film feels more grimy than most of Lynch’s work, absent of any of the sublime beauty or quirky humor he layers throughout his art. Come to think of it, the town at the heart of The Kill-Off doesn’t resemble the original Twin Peaks, but rather the darker, meaner, more desperate version of it that we find in Twin Peaks: The Return. 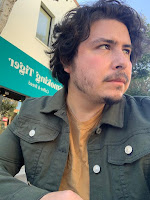 Zach Vasquez is a writer of film and literary criticism and fiction. His work has been published in The Guardian, Crime Reads, SF Public Press, Full Stop, Bright Wall/Dark Room and more. He is from Los Angeles.
Posted by jedidiah ayres at 4:31 PM