Man Out of Prison: Adam Howe on Wild Bill 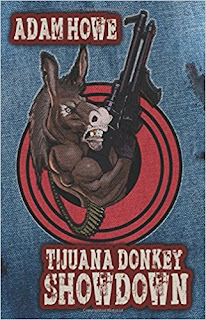 Counting down to the Netflix release of Evan Katz's adaptation of Dave Zeltserman's Small Crimes I'm looking at some of my favorite in the man-out-of-prison subgenre. Today Adam Howe, author of Tijuana Donkey Showdown (which happens to feature a pair of hapless drug smugglers who are just out of prison), talks about Dexter Fletcher's Wild Bill. 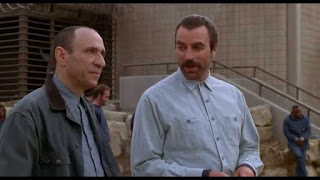 On re-watching An Innocent Man, I was forced to conclude, albeit grudgingly, that it isn’t really a man-out-of-prison movie, since Selleck is released from prison only for the final forty minutes. There are no visit-with-parole-officer scenes – an essential component to any man-out-of-prison picture – and precious few struggling-to-adjust-to-life-outside-the-wall scenes (the only notable change in the three-years since Selleck went away is that his wife has repainted their house, and that Selleck now slicks back his hair like Steven Seagal). Selleck is less concerned with readjusting to society than he is getting even with the rogue cops who framed him.

That said, An Innocent Man remains a guilty pleasure for me – I believe David James Keaton holds the film in similar high regard – not least for the pivotal plot point involving a handheld hair dryer. With the exception of Teen Wolf, I can think of few other films that depict the heterosexual male lead blow-drying his hair. (Real men towel- or air-dry or shave their heads.) 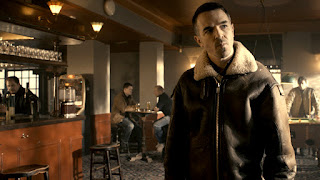 So I’ll shelve my analysis of An Innocent Man for Jedidiah’s Hoodlums-With-Hair-Dryers Month, and instead, would bring to your attention an overlooked British crime drama called Wild Bill.

Out on parole after 8-years inside, reformed drug-dealer and top-class nutjob ‘Wild Bill’ Hayward returns to his East London stomping ground, determined never to go back to prison.

(So far, so man-out-of-prison movie.) 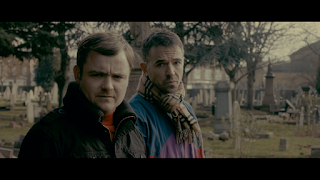 Fetching up at his tenement flat, where he stashed the cash he needs to sod off to Scotland, and a kushy job on the oil rigs, he discovers his estranged wife is now living in Spain with her new fella – and Bill’s stash – and that his teenage sons have been left to fend for themselves.

When social services get involved, Bill’s eldest blackmails his old man into masquerading as a responsible parent, and a grudging bond develops between father and sons, as Bill resists the lure of his old gangster pals and attempts to go straight. 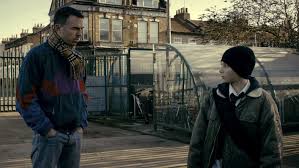 But when his youngest lad gets himself in hock to local dealer Terry, Bill steps up, does what a daddy’s gotta do, and in a British ‘kitchen sink’ High Noon-style climax, reminds everyone on the manor why they used to call him “Wild Bill.”

Misleadingly marketed as a Guy Ritchie clone, which may have harmed its box office with audiences tired of that shit, Wild Bill is the best British crime drama of recent years – at times gritty, blackly funny, genuinely heartwarming, and featuring perhaps the greatest bloke-in-the-back-of-a-moving-vehicle reaction shots since the late great Bob Hoskins in The Long Good Friday.

No stranger to British gangster movies himself, actor Dexter (Press Gang) Fletcher makes a solid directorial debut, co-writing with novelist Danny (The Burglar Diaries) King, and filling the cast with the likes of Will Poulter (The Revenant), Andy Serkis (in a rare non- motion capture performance), Neil Maskell (Ben Wheatley’s Kill List), Leo Gregory (Brian Wilson in Stoned), Olivia Williams (Kevin Costner’s The Postman), and that Ramsey Bolton prick from Game of Thrones, playing another cunt of a character here; plus a host of faces familiar to British TV viewers, if not my ‘septic’ cousins on the other side of the Pond. (Septic: There’s a little Cockney rhyming slang for you to research.)

Anchored by the lead performance of Charlie Creed-Miles, one of the best British actors of his generation, who you may remember from Gary Oldman’s Nil By Mouth (the nose-biting scene, in particular). I recommend another overlooked British gem, The Young Poisoner's Handbook the blackly comic true-crime account of notorious serial killer Graham Young, in which the actor has a memorable cameo as a Broadmoor mental patient, haunted by having murdered his family.

In some respects, Wild Bill is as clichéd as man-out-of-prison movies come. Filled with stock characters – the ‘tart with a heart’ prostitute, and not least, the ex-con determined to go straight. And yet, this familiar story of a deadbeat dad reconnecting with his sons, and sacrificing himself to save them from repeating his mistakes, is so lovingly made, and winningly performed, that you can’t help but warm it. 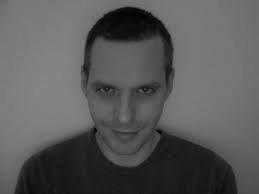 Adam Howe is the author of Tijuana Donkey Showdown, Die Dog or Eat the Hatchet and Black Cat Mojo. Follow him on Twitter @Adam_G_Howe
Posted by jedidiah ayres at 6:52 AM