Man Out of Prison: Small Crimes 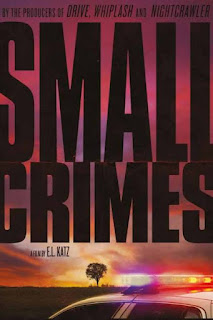 For the last month I've been counting down to the Netflix release of Evan Katz's adaptation of Dave Zeltserman's Small Crimes by looking at some of my favorite in the man-out-of-prison subgenre. Today is release day and the end of the daily posts.

I just watched Small Crimes and am so pleased to report it fuckin rocked. No surprise though as I'm a fan of everybody involved from the director/screenwriter Katz (whose Cheap Thrills was one of my favorites of 2014), co-screenwriter/co-star Macon Blair,  (whose directorial debut I Don't Feel at Home in This World Anymore is one of my favorites of 2017) to the cast (seriously - everybody is a somebody and nobody is wasted) and of course where it all started - the source material. 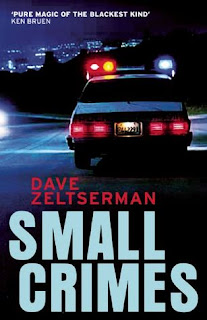 Zeltserman's book is some strong medicine. Dark and nasty, funny and sad - it's a helluva thing. It's also the first installment in a thematic trilogy of man out of prison books and if you dig the movie (go watch it already) you should get on the book (books) because there are many dark delights to be had.

We have such sights to show you. 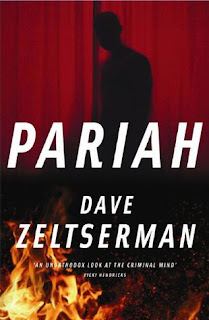 Zeltserman moves about - adept at many strains of fiction and even within my wheelhouse he writes for and from several different corners, but these three... 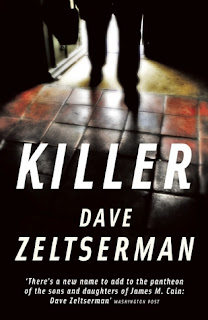 These are so up my alley, my proctologist decided to just leave them where he found them - said any attempt to remove them might prove fatal. His unofficial man-out-of-prison trilogy (Small Crimes, Pariah and Killer) represent the darkest, bitterest, broodiest noir I love. So, so, so very good. Small-scale - meaning intimate - and without an ounce of redemption.

Posted by jedidiah ayres at 6:32 AM