Pulling on Trouble's Braids or That Blasted 281st Step's a Doozy 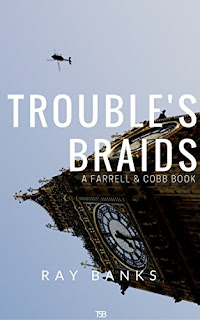 Welp right on the heels of the announcement of the end of Blasted Heath publishing 280 Steps closed up shop for good. So there's a shit ton of good writers - important writers - out there looking for homes for their books. If you're a publisher - your lucky fucking windfall day. If you're an author from one of these late houses man... sorry. 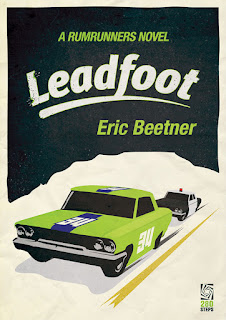 Bummed for folks like Jake Hinkson whose killer debut, Hell On Church Street, had just been reprinted by 280 Steps (after originally being a New Pulp Press original in what... 2010?). Also, C. J. Howell and Eric Beetner who were both two books into a series - I've got copies of Rumrunners and Leadfoot, so I'm all good, but the rest of you? And them? Supposedly Rusty Barnes had plans to make Ridgerunner the first in a series and may have already completed the follow up... And holy crap, one of the best reads of my 2016 was Andrew Nette's Gunshine State - somebody pick these up pronto!

Good news though for folks like Eryk Pruitt though, whose Hashtag was published a couple years ago by 280 steps - he's already got it, and his first novel - Dirtbags - coming back this summer from Polis books in preparation for his next novel What We Reckon due in October. Jonathan Ashley's The Cost of Doing Business has found a home at Down & Out Books too. 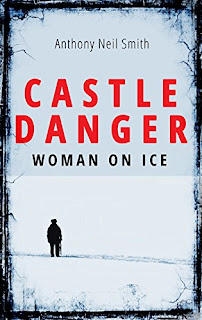 And from the Blasted Heath bunch I know Anthony Neil Smith's back catalog is supposed to be available through Down & Out soon, including the Broken River Books original XXX Shamus (dunno if it will be under his own name or Red Hammond though) - hey, he's got a brand new ebook series too - the first title, Castle Danger just landed! Another Heathen who's gone out on his own is Ray Banks and he's just released a follow up to his amazing novel Wolf Tickets - Trouble's Braids (so, add him to the  books named after Tom Waits lyrics club -I guess that whole series will be- alongside Sean Doolittle -Rain Dogs- and Adrian McKinty -The Cold Cold Ground, I Hear the Sirens In the Street, Gunn Street Girl, Police at the Station and They Don't Look Friendly- clearly McKinty is winning that competition). Trouble's Braids, as well as most of Banks' catalog are now only available as ebooks, but damn... they're so worth it. If anything good comes out of Blasted Heath's folding, I hope to heaven it's the return of Allan Guthrie as a novelist (though he was swell as a publisher). 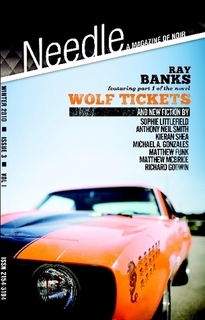 You know Wolf Tickets originally appeared in serialized form in Needle magazine, but who knows when/if we'll ever see another issue of that. Plots With Guns appears to have packed it in again and that's leaving some mighty big gaps to stand in for my kinda crime fiction (the kind I like to read - not just the kind I write). 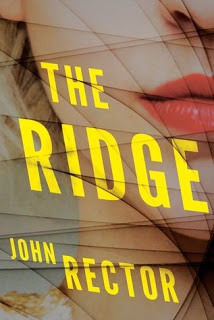 Last week I talked about how important readers who tell folks what they're reading are to writers like me, and I'd like to highlight a couple I've recently begun reading - Richard Vialet keeps the blog Black Guys Do Read where he seems to focus primarily on the crime fictions that nearest and dearest to me. Check out this review of N@B alum John Rector's The Ridge. You can follow Richard on Twitter  @BlackGuysDoRead 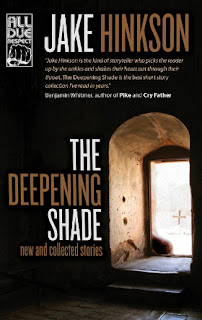 And David Nemeth keeps it straightforward and criminal centric at his blog Unlawful Acts - check out this review of N@B alum Jake Hinkson's story collection The Deepening Shade. You can follow David on Twitter @nemski

Posted by jedidiah ayres at 4:23 PM

Tragic too that great classic noirs from Harry Whittington, A. I. Bezzerides et al and will no longer be in print.

I was happy to pick up the Bezzerides stuff especially

Those Woody Haut books are gone now, too. I enjoyed and learned a lot from them.