Woman Out of Prison: Penni Jones 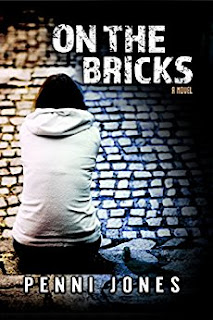 Counting down to the Netflix release of Evan Katz's adaptation of Dave Zeltserman's Small Crimes I'm looking at some of my favorite in the man-out-of-prison subgenre. Today I asked Penni Jones, author of the woman out of prison novel On the Bricks, for her inspirations.

Five “just out of prison” works that inspired On the Bricks 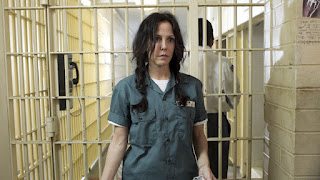 The most common question I get regarding On the Bricks is if it was inspired by Orange is the New Black. It is not. In fact, I finished the first couple of drafts of On the Bricks before that show was released. However, another Jenji Kohan show did plant the seed. 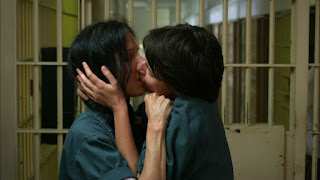 In the seventh season premiere episode of Weeds, we see Nancy leave her cellmate and lover Zoya behind when Nancy is released from federal prison after serving three years. Nancy leaves believing she will never see Zoya again, and these two women have formed an intimate bond. It’s the bond that caught my attention. The negative aspects of women’s relationships are so prominent in pop culture even though women tend to leave the pettiness behind as they age. Women form sisterhoods with their close friends, and I wondered what it would be like to leave a friend behind after spending years with them in close quarters. The beginning of On the Bricks grew from that thought. Cass is leaving her cellmate, best friend, and sometimes lover Tabitha behind after a decade. And Tabitha won’t be released until she’s ready for a nursing home. Cass relied on Tabitha’s strength and street-smarts to navigate prison, and she’ll have to learn how to get on without her. 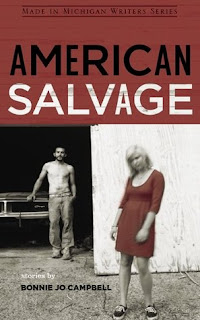 It’s difficult to read Bonnie Jo Campbell’s work and not feel inspired.  One particular story of hers lent inspiration for On the Bricks. King Cole’s American Salvage from American Salvage tells the story of William Slocum, Jr., who has been out of prison for eleven months and decides to rob King Cole, a local salvage tycoon, so he can pay off his girlfriend’s mortgage and buy meth. This story is a sad testament to human nature. When people are stuck in unhealthy environments where everything has grown stagnate, they tend to repeat sins of the past even when it runs contrary to reason. And Campbell’s stories in American Salvage have a strong sense of place. They are rooted in an area of rural Michigan where poverty and drug abuse dictate the citizen’s lives. Campbell’s devotion to her home state helped push me toward my home state of Arkansas, where I’ve watched a few small towns die over the years with a fascinated detachment that leads to deep sadness if I think about it too much. 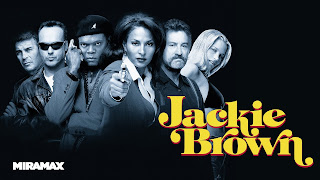 Quentin Tarantino’s 1997 film Jackie Brown (adapted from the Elmore Leonard novel Rum Punch) brought the amazing Pam Grier into my life. She plays the title character, a flight attendant who works for a crap airline because she has a rap sheet. Brown gets busted at the airport with cash and cocaine. Faced with returning to jail or cutting a deal which will likely get her murdered by the ruthless Ordell (Samuel L. Jackson), she concocts a plan to save her ass and make a profit. She might not be fresh out of prison, but she’s done time and won’t go back no matter what it takes. Though she and Cass come from very different backgrounds, Jackie Brown is great inspiration for writing strong female character who will do what it takes to save herself. 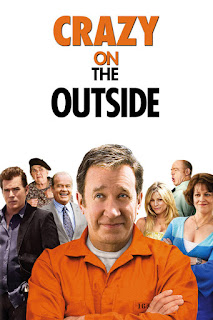 Sometimes a guilty pleasure can lead to unlikely inspiration. The 2010 film Crazy on the Outside, directed by and starring Tim Allen, is one of those films you watch when you have nothing better to do and no one is at your house to witness your shame. Tim Allen is a freshly paroled ex-con who is attempting to live life on the straight and narrow but encounters multiple obstacles in the form of his former crime-partner (Ray Liotta), his manipulative sister (Sigourney Weaver), and married ex-girlfriend (Julie Bowen). The supporting cast includes J.K. Simmons, Jeanne Tripplehorn, and Kelsey Grammar. It’s not a great movie, but it’s not as horrible as critics would like you to believe. The story had untapped potential that intrigued me more than the movie itself. And that untapped potential gave me a lot to think about. But as far Tim Allen movies I am ashamed to admit to enjoying, Big Trouble is a better flick than Crazy on the Outside. 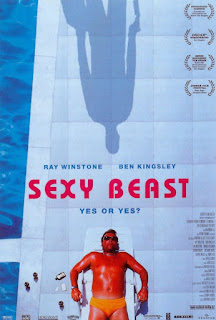 Sexy Beast touched me right in my front bottom. After a stint in prison, English safecracker Gary “Gal” Dove (Ray Winstone) retires in Spain with his ex-porn star wife Deedee. He’s finally living the stress-free good life when his former mentor Logan (Ben Kingsley in the best role ever, even better than Ghandi, I swear it) comes to call. Logan (okay, I haven’t seen Ghandi but I can’t imagine that Kingsley has done anything better than Logan) is both ruthless and psychotic. Logan insists that Gal pull one last job, and Gal’s protests fall on deaf, crazy ears. Things get progressively worse from there. Though the prison stint is the only common thread between Sexy Beast and On the Bricks, Sexy Beast helped solidify my love of crime stories. On the Bricks never would have been born without this viciously awesome movie. 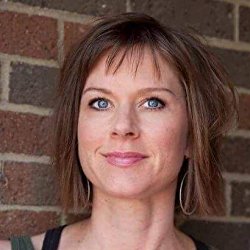 Penni Jones is the author of On the Bricks - keep up with her blog Scapegoats and Sacred Cows and follow her on Twitter   @pjoneswriter
Posted by jedidiah ayres at 4:36 AM