Man Out of Prison: This is Martin Bonner 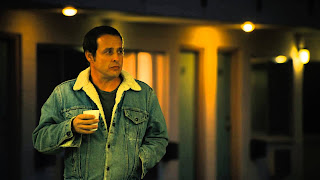 Counting down to the Netflix release of Evan Katz's adaptation of Dave Zeltserman's Small Crimes I'm looking at some of my favorite in the man-out-of-prison subgenre. Today it's Chad Hartigan's This is Martin Bonner. 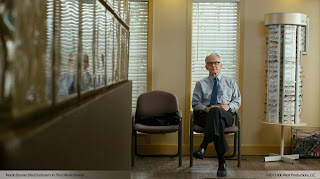 This one deals only tangentially with the issue of crime as it is about two men - the titular Martin (Paul Eenhoorn) a recently post-crisis of faith ex-clergy member now case worker with a rehabilitation ministry and Travis (Richmond Arquette) a newly paroled convict in Las Vegas - trying to make choices with limited options about the next rest of their lives. 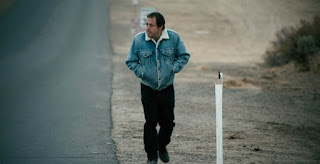 Not a crime film - except that it deals with a man who's paid for his crime (vehicular manslaughter - so not even a career criminal). Not a thriller. Not even a hardboiled humanity piece. This one focuses on the isolation and loneliness of both characters who find in each other perhaps their best shot at meaningful human interaction. 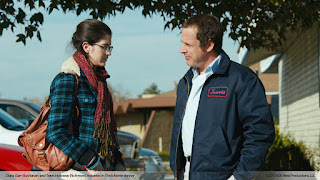 Martin spends a good deal of his energy trying to reconnect with his son - an entirely one-sided effort as he leaves voice message after voice message explaining himself to someone he's obviously caused pain, while Travis has a series of vignettes where he finds himself permanently on the outside - a pathetic encounter with a prostitute, a night as the awkward third-wheel at a dinner and finally the first contact he's had with his teenaged daughter since she was a toddler. 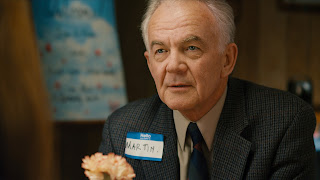 How did it win me over without the lurid appeals of my typical criminal fare?

With heart and soul and two quiet and amazing performances. Both Eenhoorn and Arquette deliver a fuckload of humanity in the simplest dialogue and facial expressions and writer/director Hartigan is so in control of the tone and pace of this shit that the climactic scene involving three characters ordering lunch at a diner is nearly as nerve-wracking as the silent heist sequence in Rififi.
Posted by jedidiah ayres at 6:38 AM