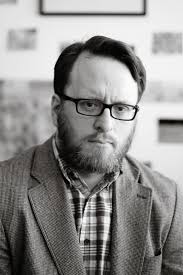 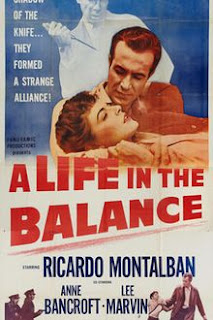 A Life in the Balance (1950) - In this weird little thriller, Lee Marvin plays a religious fanatic who turns to serial killing in Mexico. Based on the Georges Simenon novel Sept petites croix dans un carnet, and co-directed by Harry Horner and Rafael Portillo, the film casts Ricardo Montalban as a man falsely accused of Marvin’s murders. José Pérez plays Paco, Montalban’s scrappy son, who sets out to clear his father’s name. As you’d expect, Marvin really sinks his teeth into the role of the fanatical killer. (I’m punishing people, he tells Paco. God punishes people, and I’m helping him.) Best of all, master cinematographer Manuel Gómez Urquiza, making the most of the location night shoots, paints the film in gorgeous shadows and light, making this one of the few films of the era that turns the streets of Mexico City into a noir landscape on par with New York or Los Angeles. 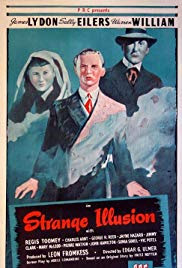 Strange Illusion (1945) - If you love Edgar G. Ulmer’s cheapo masterpiece Detour, then perhaps the next stop you should make on his filmography is his cheapo noir version of Hamlet. Well, it’s Hamlet by way of Cornell Woolrich. James Lydon plays a young man who has a disturbing dream that the man who murdered his father is trying to seduce his mother. He wakes up and discovers that his widowed mother is indeed seeing a new suitor, played by the slimy Warren William. Is this man his father’s murderer? Hey, was something rotten in Denmark? The plot isn’t the point, because this truly weird little movie is all about style and atmosphere, which it has in abundance. 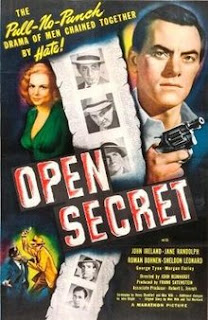 Open Secret (1948) - Want to understand the roots of the Trump era? Watch this bleak little noir from director John Reinhardt about an ex-serviceman played by John Ireland who shows up in an unnamed town looking to visit an old Army buddy. When he discovers his pal is missing, Ireland starts poking around. Turns out the missing man had some pretty unsavory connections to a gang of white supremacists who operate out of a nearby dive bar called The 19th Hole, a dank, dimly lit box where a group of haggard-looking men sit around drinking and blaming the waste of their lives on “foreigners.” Beneath plumes of cigarette smoke they stare into shot glasses and grumble about their shrinking prospects, dreaming of ways to return America to its former glory. 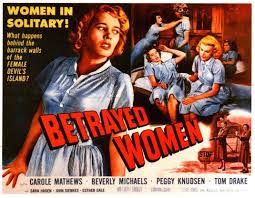 Betrayed Women (1955) - This isn’t the best women-in-prison movie of the classic era (that’s 1950’s Caged), but it might be the most fun. The director is the talented hack Edward L. Cahn. Like a lot of low-budget directors, his specialty was shooting fast and cheap, but his movies rarely lack for personality. His secret weapon here is the B-movie goddess and noir icon Beverly Michaels. She plays Honey Blake, the girlfriend and running partner of two-bit gangster named Baby Face. After the cops gun him down, Honey is sent to the Bayou Reformatory for Women, a prison camp stuck deep in the middle of a swamp. But the prison ain’t been built can hold Beverly Michaels… 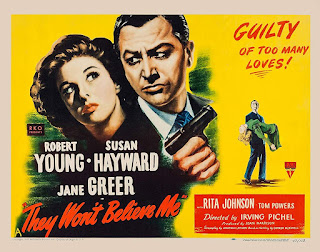 They Won’t Believe Me (1947) - The best film on this list is this excellent thriller from the vastly underrated director Irving Pichel. Robert Young (yes, that Robert Young) plays Larry Ballentine, a guy who might well be the biggest heel in film noir. This guy is some piece of work. He’s married to a rich, beautiful, doting woman. On the side, though, he’s cheating on her with a poor, beautiful, doting woman. Understand, that’s just the opening of the film. Ballentine’s just getting warmed up. They Won’t Believe Me is the kind of film that consistently inspires the same reaction in viewers: I can’t believe they got away with this. It’s a tale of adultery and betrayal that seems, by 1947 standards, remarkably frank and candid about its subject matter. What makes it so impressive though, is that it’s a tough piece of work even by today’s standards. There aren’t many mainstream American films, made in a major studio with big stars, that would have allowed the central character to be such a bastard. 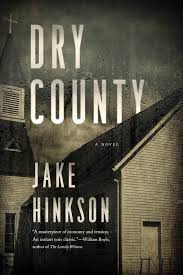 Jake Hinkson is author Dry County and more dope ass shit you should go buy. You can keep up with him at his website.
Posted by jedidiah ayres at 6:26 AM