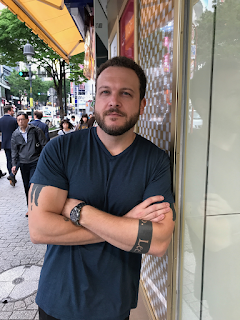 Like former Supreme Court Justice Potter Stewart’s 1964 description of pornography—“I know it when I see it”—the definition of film noir is both easy to grasp and arduous to articulate. It’s a loose tangle of specific influences and abstract tones often subsumed by a cultural shorthand of surface-level clichés—fedora’d men and sex kitten molls trading bullets and barbs on rain-stained city streets that always terminate with dead ends. And when you add to that the fact that, no matter what films noir or neo-noir that I might denote as “underrated” there’s always likely to be some slick fuck out there who will (probably rightly) note that everybody who’s anybody has already seen ‘em all already…so, well, putting together a list of underrated films noir is some tricky, onerous shit.

That said, I’ll always come running when Jed calls, and as such, we’re gonna roll with this series of double features: various duos of thematically interlaced noirdom that are underrated because I fucking say they are—maybe you’ve seen them, maybe you haven’t, but I believe them be some of the underappreciated jewels of the genre (ok, maybe not U-Turn, but it’s still a fun bit of business, they can’t all be winners, Jesus). 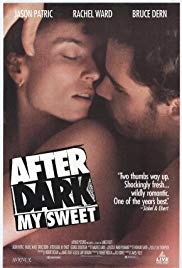 After Dark, My Sweet / The Hot Spot

1990 may well stand as neo-noir’s gloriously decadent apogee, with such heavy hitters as The Grifters, King of New York, Miller’s Crossing, Nikita, The Two Jakes, Wild at Heart, I Hired a Contract Killer, and Boiling Point all hitting screens at the dawn of that decade. Two films also released that year, but which seem only scant synaptic flickers in our cultural memory, are James Foley’s After Dark, My Sweet and Dennis Hopper’s The Hot Spot. 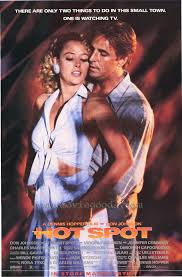 Two deliriously libidinous fuck-noirs based upon 1950s crime-pulped masterworks (Foley’s film is based on the 1955 Jim Thompson novel of the same name; The Hot Spot is based upon Charles William’s 1952 potboiler Hell Hath No Fury), both films featured a mysterious stranger drifting into rural desert towns and falling beneath the sway of damaged, damaging femme fatales—After Dark finds ex-boxer and possible madman “Kid” Collins (Jason Patric, giving his best performance) finding heavenly obliteration in the arms of drunken widow Fay Anderson (Rachel Ward, ditto), while The Hot Spot follows conman Harry Maddox (Don Johnson) as he creates his own hell by having an affair with the murderous, comically-oversexed Dolly Hershaw (Virginia Madsen). After Dark, My Sweet takes the very best of Thompson’s novels and becomes the very best of his adaptations with a nuanced, ambiguous portrait of humanity teetering on the high-wire between regret and redemption; The Hot Spot may be less artistically adroit, but it has so much more fun as its brain—and ball—burstingly horny series of double-, triple-, and quadruple-crosses adds up to quite possibly the purest distillation of ‘50s camp crime fiction on the big screen (additionally, The Hot Spot’s score—a series of duets between Miles Davis and John Lee Hooker—is a motherfucker. Find it and buy it). 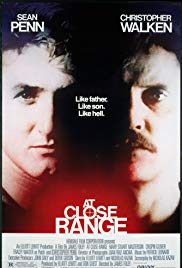 Mirroring the double feature above, here’s another serious (and seriously amazing) James Foley noir drama followed with a rotgut chaser of pure, laceratingly noxious pulp. At Close Range features Sean Penn starring in the true story of a rural Pennsylvania crime family led by a terrifyingly dead-eyed Christopher Walken, and its two brutal, beautiful hours lay bare the ecstatic sweetness of youth’s innocence and the inchoate bleakness that comes with its loss. 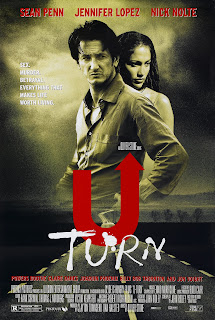 Just over a decade later, Oliver Stone’s U-Turn finds Penn as a violently amoral drifter on the run from the Russian mob and stuck in a dead-end Arizona town dizzyingly overrun with murder, blackmail, double-crosses, incest, and copious roadkill in a film that snaps its own spine bending over backwards to out-Thompson big Jim himself. At Close Range is decidedly the better of the bunch and far more deserving of a reevaluation; that said, U-Turn, coming as it did on the honored heels of JFK, Heaven & Earth, Natural Born Killers, and Nixon, has always been an overlooked bit of gleeful nastiness in Stone’s 1990s hot streak, and is a double-barrel blast of unfairly forgotten ugly fun. 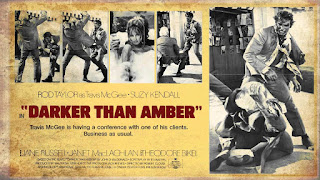 Two melancholy beach-bum noirs as sheened in beersweat as they are hazylazy sunlight, Darker Than Amber and Cutter’s Way are both detective novel adaptations transformed into end-of-the-decade elegies for times past and times lost. Darker Than Amber’s odd, loose-limbed take on John D. MacDonald’s Travis McGee character is the lighter, more eccentric of the two, like a bawdy, brawling send-off to the sixties that’s too drunk to realize it’s depressed... 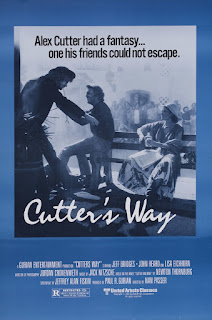 Cutter’s Way, however, is pure soul-black dread, a film so corrosively unhappy with the outcome of the 1970s that the only choice left in life seems to be the slow suicide of the bottle or the flashbang quickness of the gun. Both films begin with scathing portraiture of the way women are discarded by society, and both films pull their ostensible heroes into murky mystery, but only Cutter’s Way has an ending so devastating, so irrevocable and fucking desolate, as to cement its status as one of the greatest films ever made (Darker Than Amber does have the greatest fistfight of 1970s cinema, though, with stars Rod Taylor and William Smith beating the hell out of each other for a scene, and then losing their tempers and beating the hell out of each other for real, so hey, that’s something). Together, these two films sit on a brokenglass-strewn beach, the stinking foam of the ocean lapping at their feet, drinking themselves into oblivion as the sun of their respective decades sinks slow behind rolling horizon. 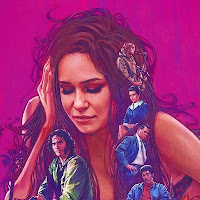 Travis Woods is an editor and staff writer for Bright Wall / Dark Room, contributing writer for The New Beverly Cinema and Cinephilia & Beyond, and the host of Increment Vice, a podcast exploring Paul Thomas Anderson’s Inherent Vice one scene at a time. He lives and writes in Los Angeles. He has a dog and a tattoo of Elliott Gould smoking. Bob Dylan once clapped him on the back and whispered something incomprehensible. These are the only interesting things about him.
Posted by jedidiah ayres at 4:58 AM