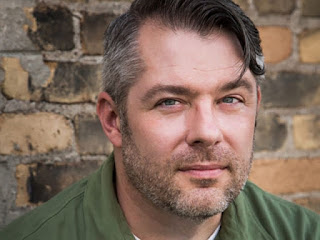 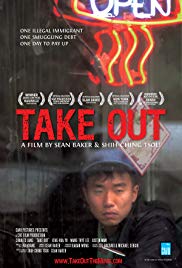 Take Out (2004) - Sean Baker, Shih-Ching Tsou - A day-in-the-life of an illegal Chinese immigrant, behind on payments to the smugglers who brought him to the US, has until the end of the day to come up with the cash. After getting a few loans from friends, he loads up on deliveries hoping to hustle hard enough to make up the difference. Directors Sean Baker and Shih-Ching Tsou's neo-realist film captures the day-to-day stresses and indignities of menial labor alongside the existential nightmare of spiraling debt. The minuscule budget and verité style lent itself to crafting a workday thriller as much a window into immigration as the exhaustion of being broke. 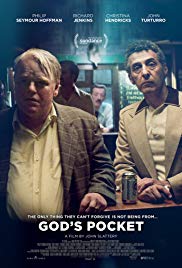 God's Pocket (2014) - John Slattery - This working-class tragedy adapted from the Peter Dexter novel centers around the death of a young construction worker who "slipped" and fell to his death, and the arising repercussions and competing interests within the community to cover it up. The directorial debut of John Slattery, who built an acting career personifying arrogance, balances the overconfidence of the men in the face of their poor decisions and absurdity as they flail when dealing with the consequences. Released in the wake of Philip Seymour Hoffman's untimely death, it never found much of an audience. A Hoffman performance where he's a heavy, sweaty, desperate mess may have played a role, running counter to the eulogies still fresh, a heartbreaking reminder of what an ingenious actor we lost with his passing. 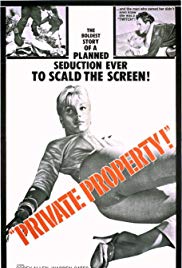 Private Property (1960) - Leslie Stevens - Two drifters played by Corey Allen and Warren Oates, hold up a gas station, and then hitch a ride, forcing the driver to follow an attractive woman, Ann Carlyle (Kate Manx) to her home. They break into her neighbor's house taking up residence to obsessively watch and plot ways to capitalize on her dissatisfaction with her marriage. An instantly uncomfortable domestic thriller, that grows more sordid, as director Leslie Stevens (episodes of Outer Limits) and cinematographer Ted McCord (The Treasure of Sierra Madre) distort the male gaze it embodies and mixes sexual tensions and desires amongst class resentment. Lost for over 50 years, the recent restoration and re-release is a fascinating noir time capsule making it accessible to a new generation. 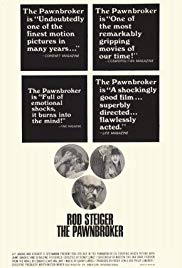 The Pawnbroker (1964) - Sidney Lumet - A master filmmaker, Sidney Lumet's body of work, is a wealth of riches, and this Rod Steiger-led adaptation of Edward Lewis Wallant's novel has long been overshadowed by the more prominent films in Lumet's body of work. A stone-cold classic in its own right, Steiger plays Sol Nazerman, a Holocaust survivor who lost his family in the camps and now runs a Harlem pawnshop rejecting everyone around him. Lumet and cinematographer Boris Kaufman construct a visual prison, using deep shadows with in the confined shop space to externalize his tortured psyche. He's a broken man, haunted by his past, who's lost his faith and family, imprisoned in a purgatory capitalizing on the desperation of others. It's bleak, rough film to watch made all the more compelling by Steiger's performance. Suture (1993) - Scott McGehee, David Siegel - "How is it we know who we are?" is the question that opens a film in which two "identical" half-brothers reunite, after initially meeting at their father's funeral. Struck by their similarity Vincent, the white, rich brother arranges to have his blue-collar black brother Clay killed so he can assume his identity. Clay survives but has, of course, amnesia. Writer-directors Scott McGehee and David Siegel trade plot logic for moments of over-stylized excess, but the genre elements echo throughout, blending Hitchcock and Frankenheimer influences, make the conceptual leaps of faith all the more fun. 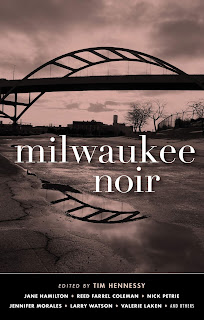 Tim Hennessy is a bookseller and writer who lives in Milwaukee, WI with his wife and son. His work has appeared in Publishers Weekly, Midwestern Gothic, Tough, Mystery Tribune, Crimespree Magazine, and the Milwaukee Journal Sentinel among other places. He is the editor of the Milwaukee Noir anthology from Akashic Books. You can follow him on Twitter @timjhennessy.

Posted by jedidiah ayres at 6:00 AM