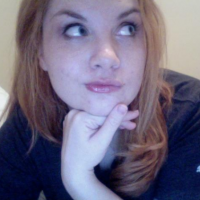 Asking me for a list of “underrated” or “underseen” noir films, especially in a blog like this, is clearly some kind of set-up solely for my ridicule. I’m not a cool crime writer and I’m no expert: The best I can say about myself is I’m a very enthusiastic enthusiast. I’m going to fight back my very reasonable fear of naming films every noir expert knew since birth and the fact that some films can comfortably lean into gris as well as noir. Still, I’m going for it, because one thing the genre has taught me is that very few things are solely black and white. 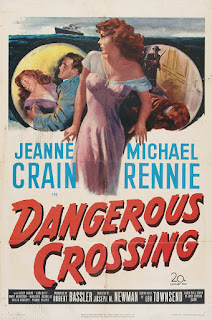 The gaslighting angle is rarely my favorite kind of plot, but if done just right, it can bypass my annoyance caused by the abusive stretching of plot implausibility and hit that sweet exasperation that only a great film with a relatable character can smack. Jeanne Crain is technically the film’s victim, sure, but she’s one of those proactive victims who dodge any real licks thanks to becoming her own cruise-ship-galavanting Nancy Drew through most of the runtime. I was disarmed by how much fun I had the first time I saw this, and just typing about it is making me want to see it again right now, so there’s your real recommendation. 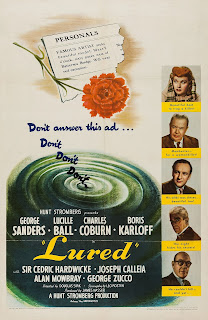 This one plays to many interests of mine: I love Sirk’s melodramas and I’m a huge fan of Lucille Ball and Boris Karloff’s, not to mention that drollest of the droll, George Sanders. A remake of genre giant Robert Siodmak’s Pièges, Lured builds some wonderful paranoia and fun, thrilling scenes in memorable locations (okay, sets.) Ultimately, everything is as effective as it is thanks to Ball’s portrayal of A Sassy American in London being empathetic in such a snappy, charming way. If you’re a bit of a genre philanderer like I am, this noir also handles horror, gothic, comedic and romantic elements as well as it does the mystery, making it perfect for most moods. 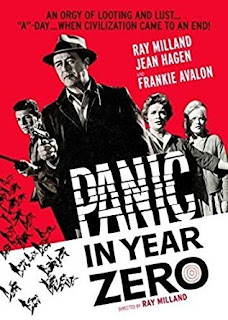 This is where I turn into kind of an asshole with my picks, but I do think this apocalyptic low-budget gem is much more noir than it is its usual label of science-fiction. For one, Ray freakin’ Milland directs and stars. For two, this is the kind of atomic-age film that spends plenty of screentime with the protagonist family shopping for rations and figuring out how to get gas, not so much the kind where we see any gigantic creatures born of or attracted from the skies to radiation. While we do eventually get to a hideout cave, it’s merely a neat backdrop before we’re murdering criminals and rescuing imprisoned young women in a cabin. This has all the awkward fistfights and cynical dialogue and none of the speculative ideas or jargon diehards might demand, but for the rest of us, it’s a lot of fun if you’ve ever entertained fantasies of living off the land once the end times come or just dreamt of the world ending altogether. 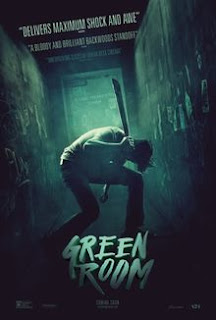 This one gets saddled with a lot of genres⁠—horror, thriller, drama, crime⁠—without comfortably staying in any of them because it’s definitely in all of them. That’s one of the reasons why Green Room has always kind of hit me as a noir. It’s dark and dank in its look, delivery and soul, and with the odds deeply stacked against our increasingly-beaten punk rock protagonists rather than trumped-up movie stakes where we’re not actually worried, it’s as bleak as it is kinetic. At its core, this is a story about rough jerks who become heroes because they’re killing nazi scum, and what’s more noir than that? None. None more noir. 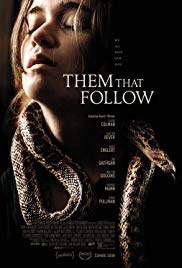 While it may be dirty pool to include something that came out this year, that’s exactly what was done to this sleepy creeper when it was released with all the fanfare and press of a puff of dust. The daughter of a preacher of an isolated snake-handling Pentecostal community gets pregnant out of wedlock, and this brings to light the abusive power of religion the moment human ego and fear touch it, slow-bleeding violence, and dust-choked slow-builds of dread to rooms that manage to be menacing even when they contain half a dozen quilts. Walton Goggins is a simmering fearmonger and both Olivia Colman and newcomer Alice Englert give light not to the well-publicized femme fatale figure of the genre, but rather the put-upon women who have long lived under the thumb of a cowardly man while all the time having rich, complex lives behind his looming shadow until, eventually, something’s gotta give.


Stephanie Crawford is a writer, editor, and podcaster living in Las Vegas. Check her out at Dread Central, Screamcast, F This Movie or be smart and keep up with her work at House of a Reasonable Amount of Horrors and follow her on Twitter @scrawfish.
Posted by jedidiah ayres at 7:18 AM