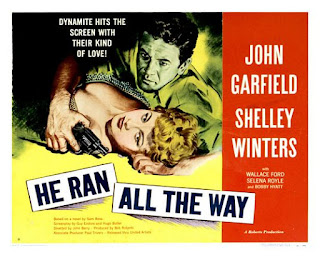 He Ran All the Way - John Berry - You could do a top five noir list just listing John Garfield crime films but having recently been knocked flat by this one I'll single it out. Garfield lays low with Shelley Winters and her family after killing a cop during a botched robbery in LA. Lot of sweaty immediacy to this beast but the heart-destroying ending is what puts it over the top. 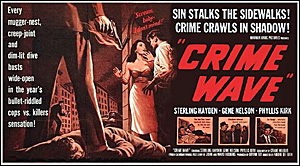 Crime Wave - André De Toth - Very similar set up to He Ran but more of a straight-up blast. Some guys bust out of San Q and kill a boy in blue in LA and top cop Sterling Hayden always gets his man. A sprint through the underworld with so goddamn many scenes seemingly shot on location that at times this otherwise very straight fifties noir has an almost French-Connection-before-French-Connection grittiness. 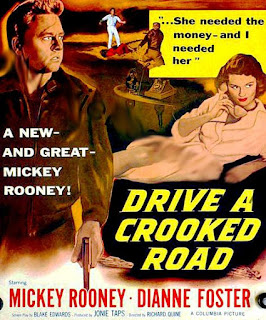 Drive a Crooked Road - Richard Quine - Shy mechanic/race car driver Mickey Rooney gets roped into driving getaway for a bank job by the genre's most conflicted femme fatale. Lots to recommend here (the SoCal beachfront property renting frat boy bank robbers are a fresh take) but what really hits home is just how brutally, pathetically easy it is to get the painfully lonely Rooney to pull off a massive crime for some mild attention from a pretty girl. 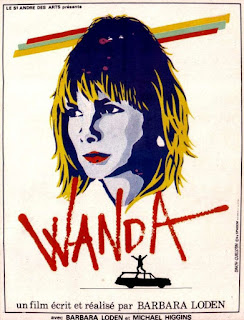 Wanda - Barbara Loden - Writer/director Loden plays the title character of this recently restored absolute sleeper of a beautiful loser crime drama. We watch as Wanda loses truly everything in her life while she is in a depressed stupor, only waking up just enough to hold on tight as she can muster to traveling shithead thief Michael Higgins. Things don't get any better for Wanda from there but holy shit is this isn't about as unassuming as masterpieces get. 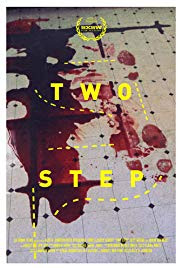 Two Step - Alex R. Johnson - I'm tantalized by the glimpses we get of the small town underworld of this film, with its primitive scams and pitiful windfalls, its recognizable and everyday faces and spaces. But as compelling as that aspect is, this is also the film where James Landry Hebert (you know, Scramblehead from the Manson fam in Once Upon a Time?) kicked me in the nuts and made me follow his career like he's the new Michael Shannon or something. His Webb is one of the most frightening yet relatable villains of this decade and I for one would love to see director and star put something out together again toot-fucking-sweet. 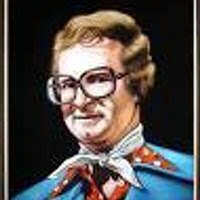 Pete Dragovich lives in Minneapolis and has written for such publications as Spinetingler Magazine, Hardboiled Wonderland and Crime Factory Magazine. He is on twitter
@nerdofnoir and you can link to his dusty-ass blog there.
Posted by jedidiah ayres at 5:58 AM