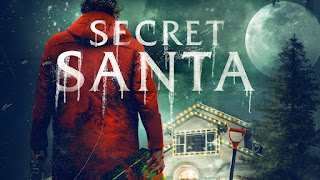 Full disclosure: I’ve known Adam Marcus since I was a freshman in high school and we did theater together. It was through Adam and our fellow actors that we both chose a life in the filmmaking arts, along with many of our classmates who continue to make a career from the business.

One of the things Adam and I bonded over early was a love of horror films and this being the 80s, we were surrounded by a second golden age. Gone were the movie monsters of the Universal era, and in were the slasher films, George Romero zombie films, the Italian giallo style, the freaky independent body horror of David Cronenberg. We ate it all up. 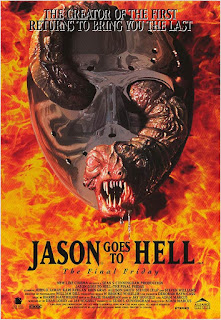 When Adam moved to L.A. right after college he stepped into directing his first feature, Jason Goes To Hell: the final Friday. Now, decades later, he’s returned to the horror genre. After he and his wife, Debra, wrote the screenplay for Texas Chainsaw 3D it was time to direct his own film again and with a small budget and a location up in the mountains they could use, they set about creating a nasty piece of throwback horror, an homage to the balls-out, laugh-while-you scream films we grew up on.

Secret Santa would have blended in perfectly during the mid 80s, and I for sure would have had the poster on my wall. 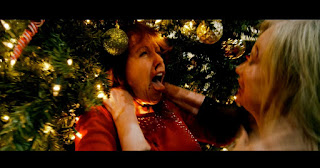 It’s the family dinner from Hell and from the epic opening shot to the haunting final image, the film bobs and weaves and keeps you guessing all while wearing its influences on its sleeve. (There’s a particularly on-the-nose reference to Carpenter’s The Thing).

It’s violent, profane, and hilarious while also working as a very effective horror film. The cast starts out with about a dozen people, but you know only a few - if any - will survive the night. 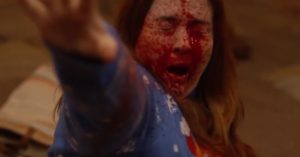 Often these days horror films seem like they are trying to leave permanent scars on your psyche. Secret Santa wants to entertain first and foremost, and it wants to entertain you, the horror movie fan. It’s why the film has been an audience favorite at horror film festivals all around the world. It’s made with the audience in mind. A raucous crowd-pleaser if seen in a group.

Adam and Debra have written a fast and furious antidote to all that family togetherness of the holidays. You’ll either see some of your own family’s worst traits on screen, or you’ll wish your family could be eviscerated and bloodied in the same way. But Secret Santa is just the gift you’ve been waiting for if you miss when horror movies were fun and scary. 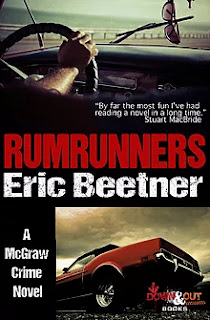 Eric Beetner is the author a many books and stories. He is an Emmy-winning editor and hosts the podcast Writer Types. Keep up with him at his website and follow him on Twitter @EricBeetner.
Posted by jedidiah ayres at 6:18 AM