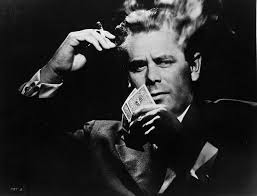 The film opens with Glenn Ford in a car chase pursued by a vehicle full of armed thugs that he loses at a draw bridge. Then, in a tense slow-procession waiting to cross the Golden Gate bridge he's approached by a charity-bell-ringing Santa Claus looking for donations. Santa pushes a collection plate (upside down tambourine actually) through the window across the passenger seat at him and he reaches into his pocket and donates some change prompting Santa Claus to thank him and tell him he's a good man. Ford smiles and salutes Santa before reaching over to make sure that the sack full of cash he's got on the front seat is secure. 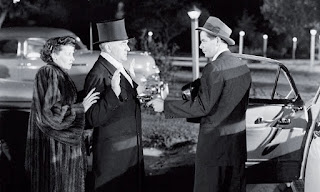 This is Joe Miracle the titular character in Henry Levin & Gordon Douglas's Mr. Soft Touch. Miracle, we soon learn, is a WWII vet returned to San Francisco to find that the nightclub he used to run has been taken over by a gangster who has also killed his former partner. In a fit of righteous anger and a display of pretty legit badassery he robbed the joint in broad daylight and made off with a hundred thousand dollars in mob money that he's considering his buyout.

He didn't wear a mask, everybody knew who he is, and now that he's lost the car full of gunmen he's got to find a place to lie low while he waits for his boat to Japan that leaves the next night - Christmas Eve. 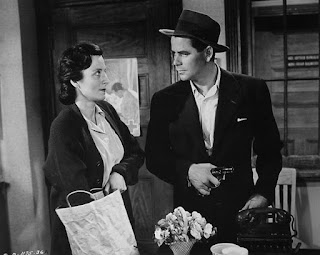 While checking in on his former partner's family it becomes clear to everyone that his presence in their home will put everyone at risk (there are even radio bulletins about his daring robbery and naming him as the perpetrator) and he puts his mind to work on staying safe and out of sight until his boat is ready.

His first idea is to get himself arrested and spend a night in jail surrounded by cops, but his attempt to take the fall for a wife beater (check out the domestic abuse yuks in this scene - they're a hoot) is thwarted by Jenny Jones a do-gooder social worker (Evelyn Keyes) who talks the judge into remanding the down on his luck working man into her custody instead. 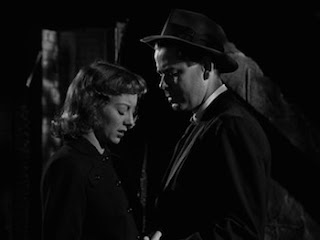 At first Miracle is frustrated by the arrangement, but he quickly warms to the situation when she takes him back to the home that she runs - a men's shelter and community center where neighborhood kids can spend time when home life or street life is a bit too much. Miracle is taken aback by Jenny's self-less existence living to serve and genuinely caring for all the rag-tag crew that clearly depend on her, but he's also appalled by the lack of resources at her disposal to take care of all theses people.

Later revelations will illuminate exactly why it means so much to this street-wise, gambler, club-operator and battle-hardened soldier to see someone caring for these needy folks, but the audience soon learns why the movie is called Mr. Soft Touch because Joe begins trying to cover all the shelter's shortfalls through off-screen calling in of chits and twisting arms throughout the city's underworld. 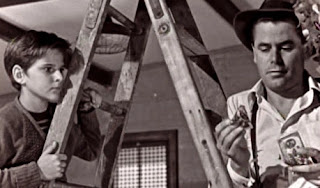 The other spinsterly social workers are appalled by the unexplained windfall of resources pouring in from mysterious benefactors. They see evil or at least untrustworthy roots and want to turn away the truckloads of blankets and towels and other supplies delivered by gruff working stiffs, but for Jenny the sudden turn in fortune only reaffirms her faith in the goodness of people and her chosen life's work.

Disaster is right around the corner though because the same presence that brought the presents also threatens the safety and well-being of everyone everywhere he goes. When the gangster discover Joe is hiding out it leads to a fire which destroys the shelter. 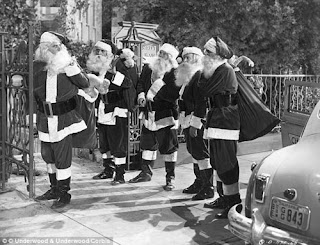 Joe's final plan for setting things right involves dressing like a charity-bell-ringing Santa Claus and crashing the Christmas Eve festivities which have turned into a fund-raiser to rebuild the shelter and no points for guessing how much money he manages to drop into the donation box before being gunned down in full Santa drag in the gutter whilst trying to leave town.

Holy crap, this feel good Christmas crime comedy ends abruptly and noirish as Joe dies in the street begging Jenny to haul him out of the gutter because he swore he wouldn't die there. She holds him and tells him he's not in the gutter, which is a lie, but at least he's not alone. 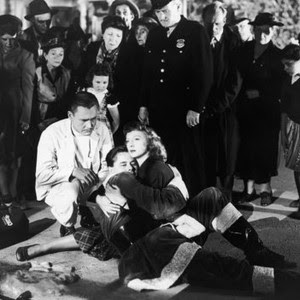 He dies having become everybody else's Christmas Miracle.
Posted by jedidiah ayres at 10:36 AM