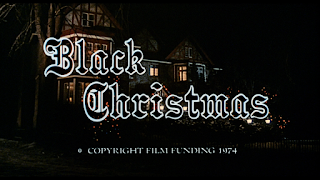 As someone who grew up deeply entrenched in America's horror movie mythos, I was both excited, and a little skeptical about 1974's Black Christmas. As someone who is female bodied about to watch a slasher movie centered around a sorority house, doubly so. In this age of #MeToo why write about a movie where a killer targets women? 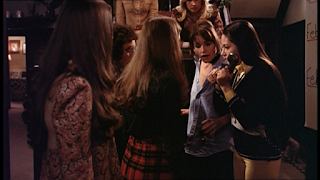 It's your basic premise, familiar to any horror fan. There's a sorority house full of women, there's a killer, there's a telephone. The women in the sorority house are not the women you'd have seen depicted in film a couple decades earlier. They're not your typical mother material. They smoke, they drink, they fuck. It's the seventies, we know there's going to be sex. You can't have a slasher without sex.

Yet, while sex plays a huge role in the film, no one is actually sneaking away to get it on. The only one treating it as something shameful and ugly is our killer. 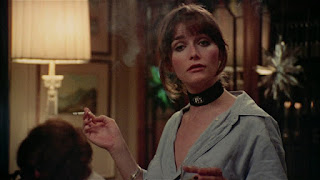 Violence against women isn't new. Most of the women in the movie are so used to bad behavior they blow off the crank calls. Barb, played by Margot Kidder of Superman fame, says she gets two of those a day. It's Clare who really raises an objection. Wide-eyed and fretting, she says a girl from town was raped just last month.

Of course, it's not just men who are dismissive of the violence inflicted on women. Barb, jaded and quasi-erudite, tells us, "You can't rape a townie."

Thank you for that, Barb, really. Go sleep it off.

And there we have our two extremes, right? Clare's innocence the opposite of Barb's swaggering cynicism? Surely Barb will be killed first and Clare will be our Final Girl. 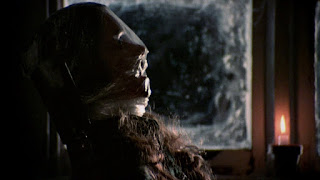 I love old-school subtext and symbolism and Black Christmas does not disappoint. Clare is dead, but she's with us for the whole movie, a great big signpost pointing the way. As ways to die in a slasher film go, being smothered by plastic isn't a bad way kick it.

Later, as Clare's father and the housemother leave the sorority house, we see Clare positioned at the attic window, still wrapped in that plastic dry cleaner bag, as if she's watching her father leave her behind. She looms over the events of the movie just as much as the killer, very much like the mother in Hitchcock's 1960 adaptation of Robert Bloch's Psycho.

As the women leave for the holiday, this time so often depicted as the pinnacle of family togetherness, the house empties and we get a sense of the loneliness and vulnerability that Christmas can so often carry with it. 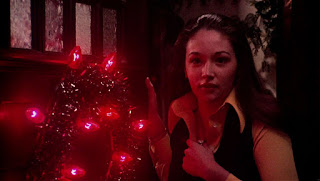 Jess, played by the ridiculously talented Olivia Hussey, is our other major player. We catch up to her as she's going to tell her boyfriend, Peter, played by Keir Dullea of 2001: A Space Odyssey fame, she's pregnant. Peter thinks it's terrific, Jess disagrees. She's getting an abortion, and Peter, who is preparing for a juried piano performance, can't help but make it about himself.

"Don't you think about anyone but yourself?" he says. "Don't you know how important this afternoon is to me?"

Stroke those keys, Peter baby, that's all you're getting.

He bungles his performance and later, in a pique of entitled male rage, he smashes the piano into smithereens. 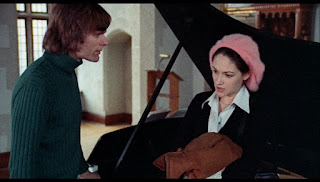 This is a horror movie with more than one monster.

Done dispensing his rage against the piano, Peter comes to see Jess at the house, insisting they'll be married, and when she rejects him, he starts threatening her.

Our killer overhears all of this and the next time we see Clare, still in the window, her death a judgment on all that happens below, she has a baby doll on her lap, as if the killer has judged her worthy of the child Jess doesn't want. 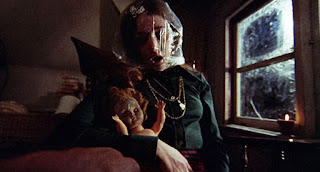 Clare's death is the kindest. She's wrapped in plastic, preserved, saved, at the expense of her body and life. With the addition of the baby doll she becomes a sort of Madonna figure, the perfect mother, the perfect woman, unlike Barb.

Barb, after coming apart during dinner—she's wounded in her own way, her mother making other plans for Christmas break—is stabbed with her glass unicorn figurine as she sleeps it off. The horn is, of course, phallic, but the use of the unicorn is rather brilliant. What other symbol could as easily evoke the innocence of a girl's childhood room? Barb's death is violent, so much different from Claire's, and while Claire is preserved, Barb is left to lie in her bed, soaked in gore. 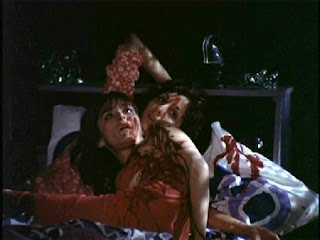 There is another murder that's worth mentioning. A 13-year-old girl is found murdered in the park. We know nothing about her except her age, and because of that, she's guiltless. Her death is another signpost.

Unlike the slashers that would follow it, we never see the killer. He's not given a face or a mask. He is, in his own way, everyman. But it's the movie's treatment of Jess that makes the real difference. She's not punished for being a sexual being. She is our Final Girl. She escapes to the basement, locks the door, and our killer disappears, but she's not safe. Peter, who has been watching the house, shows up outside the basement windows, calling for her, and breaks in. He approaches her, though she is clearly trying to get away from him, and she kills him. 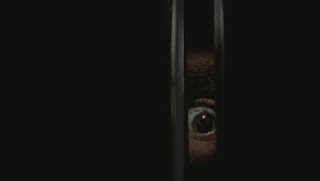 The cops arrive. They find Jess. They sedate her and put her to bed, the men gather around her, her protectors. She's safe now, right? She's survived? Only, the strain is too much for Clare's father, and he faints. The men take him out to the ambulance, leaving Jess alone. The camera pans back, we see Clare in the window, and the phone rings amid the killer's deranged laughter.

Is there a moral here? Absolutely. 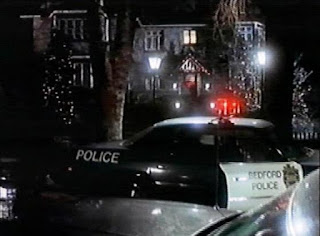 The house is often seen as symbolic of the body. If this house is a woman's body with the potential to hold life, a body where death has invaded, then our metaphor is complete. At the end, our house is full of men, well-meaning men, entitled men, deranged men, men breaking in, men policing it, and the women, failing to secure it—they make a point earlier of saying they haven't locked the doors or windows.

At first glance, this movie seems to be a warning to women: be wholesome, be mother-like, secure your body against those who would intrude, but because Jess is still alive, the judgment is allowed to rest entirely on the killer. 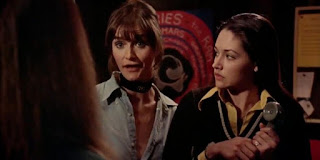 Our Final Girl, this woman who knows her own mind and dares to live her life, who set boundaries and protected herself is left in peril now, not due to her own faults, but because others have taken away her autonomy, taken away her choice, and then left her in danger with no way to protect herself.

So, why write about a movie where a killer targets women? Because Black Christmas may be the scariest Christmas movie of them all. 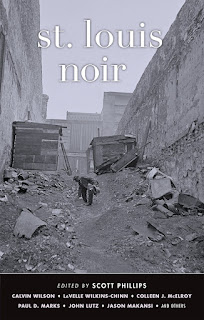 S. L. Coney obtained a master’s degree in clinical psychology before abandoning academia to pursue writing.  The author lives in St. Louis where they are hard at work on a novella. Coney’s work has appeared in St. Louis Noir, Best American Mystery Stories 2017, and Gamut Magazine. Follow them on Twitter @rockconey01.
Posted by jedidiah ayres at 6:54 AM