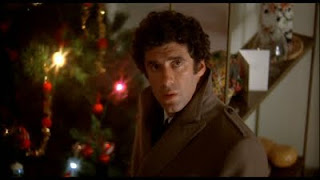 I am spending the holidays this year alone. No tree. No presents. No relatives. All by myself alone. And before I am showered with your precious pity, I am doing it happily by choice. I haven’t looked forward to a Christmas this much in years. As you may have guessed, I’m not that much of a holiday person. 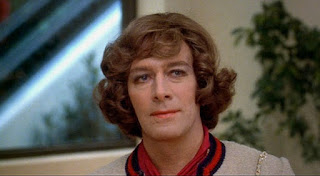 When my wife got the opportunity to participate in a meditation retreat in England that stretches over both Christmas and New Year’s Day, I encouraged her to attend. It’s something that she had wanted to do for awhile. So while she’s sitting silently contemplating nothingness, I will be in Glasgow in the dark and rain and cold, contemplating nothingness. For emphasis, by choice. 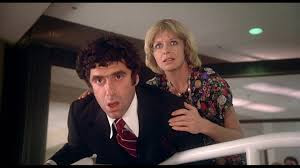 My wife and I have been together for 26 years. We travel the world together and spend a large part of every day at each other’s side. We’ve celebrated plenty of holidays together, the last few at home eating bagels and binge-watching some TV show that may or may not have been Outlander. We’ll celebrate plenty more holidays in the future. But like a tourist town during off-season, there’s something magical about being alone when everyone is together.

Some people have a problem differentiating the stark difference between being alone and being lonely. I like people, I guess, but I love being alone. There’s no one’s company I enjoy more than my own. 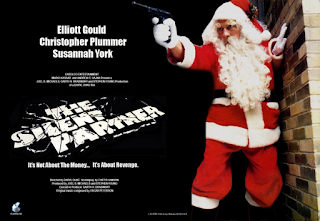 Which brings me to the whole point of this exercise, the Christmas movie that I chose to write about: The Silent Partner, written by Curtis Hanson and starring Elliott Gould, Susannah York and Christopher Plummer.

If movies are an indication of real life (they aren’t), being alone for the winter holidays (or any holiday for that matter) is the worst thing that can ever happen to a person ever in their life ever. The depictions in film about the hardships of being alone on Christmas, New Year’s, Valentine’s Day, etc. are tried and true. Maybe there’s something about all the supposed joyousness and festive spirit that bombards us during the time around Christmas. The idea that we’re being left out of this manufactured fun. And what location is ground zero for the holiday spirit? The mall, of course. That’s where Santa is. 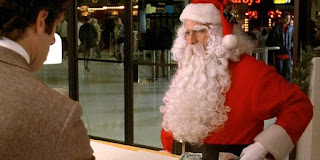 And that’s where The Silent Partner opens in a Santa-filled mall in Toronto where mild-mannered Miles Cullen (Elliott Gould) works as a bank teller. Miles is a lonely man. We’re repeatedly shown how lonely he is. His only companions are the tropical fish he collects. While he has a thing for his co-worker Julie (Susannah York), she is currently in a relationship with their married boss. Even worse, Miles agrees to act as a beard to hide the relationship from the boss’s wife. We also find out that Miles’s father is in a nursing home, unresponsive and uncommunicative. Miles is a tragic case, destined to be alone. But this is a movie. That equilibrium can only last so long. 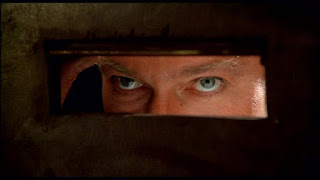 When Miles suspects that one of the mall Santa’s (a terrifying Christopher Plummer as Reikle) might be planning a robbery, Miles jumps into action. Not by alerting the authorities, of course, but by pocketing the bulk of the money right before the robbery takes place. Reikle gets away with a few hundred dollars, while Miles takes close to fifty grand. As you may have guessed, that does not sit well with Reikle.

What follows is a cat-and-mouse game between the two men that consistently dodges predictability. Both Reikle and the audience underestimate Miles at first, after all he’s a lonely loser. But soon we realize that he is more clever than we first thought. Maybe he’s not lonely, just alone. 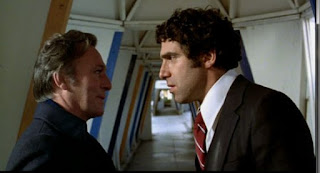 And from the first act of larceny, relationships are formed and no one is lonely anymore. Miles gains a playmate in Reikle. The confidence that he gains from committing the crime makes him more attractive to Julie. Even the mysterious Elaine, a former nurse of his father wants to break off a piece of the Elliott Gould candy bar. He quickly goes from being alone to being so mixed up with other people that all he wants to do is go back to being alone.

The story becomes about the characters and their motivations. Implied but not stated, we are left to make up our minds about why the characters make the choices they do. A refreshing change from the spoonfeeding that many modern movies incorporate. 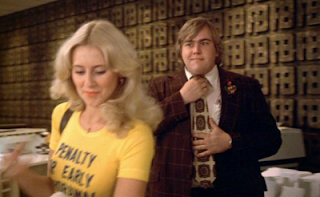 There’s no reason to say much more. See the movie. It really is great. Both Gould and Plummer are beautifully cast in their roles, particularly Plummer as the sadistic Reikle. Also important to note, a young John Candy shows up as a bank employee.

The Silent Partner stands as one of the more underrated Christmas movies, but also one of those under-the-radar crime films from the 1970s that deserves more love. Like The Friends of Eddie Coyle, The Taking of Pelham One, Two, Three, Fat City, The Laughing Policeman and Night Moves (just to name some movies off the top of my head), these great crime films forever live in the shadows of films like The Godfather, Dog Day Afternoon and The Conversation. 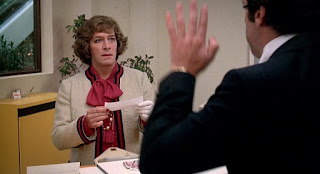 Much like the heavyweight division in boxing in the 1970s, the number of great crime films in the decade pushed other great movies, while not into obscurity, but further into the distance. For boxing fans, a movie like The Silent Partner is the Ron Lyle to The Godfather’s Muhammad Ali. Trust me, that’s a great analogy.

Happy Holidays! Now leave me alone so I can binge-watch the third season of Gomorrah. 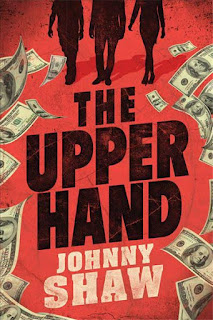 JohnnyShaw is the author of the Jimmy Veeder Fiascos Dove Season, Plaster City and Imperial Valley as well as the novels Big Maria and Floodgate. His latest book is The Upper Hand. If you follow him on Twitter (@BloodAndTacos) you already know.
Posted by jedidiah ayres at 6:11 AM