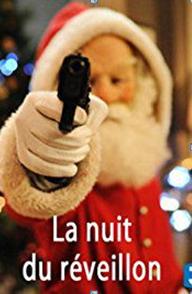 Silent Night, Bloody Night. It Ain't What You Think it is.

Confession: I’m no big fan of Christmas films of any sort. I’ve seen A Christmas Story, and it makes me want to take those horrible hard candy ribbons everyone’s grandmother served in the seventies, give them some serious licks, and throw them at the screen to see if I can make them stick—or break the screen. Whatever. The same goes for Miracle on 34th Street, despite winsome Natalie Wood. Or maybe because of winsome Natalie Wood. And don’t even get me started on It’s A Wonderful Life. I fiercely pretend to like Elf only because it’s my 20-year-old son’s perennial favorite, and I love him dearly. Plus, I let him down with the whole Santa Claus charade when he was twelve, mostly because I was getting seriously tired of hiding things and using weird wrapping paper I’d never otherwise buy because for some reason I decided Santa had crappy taste.

But, Laura! None of those are crime films, or horror films. Surely you could find something in one of those genres to like…Just no. I never wanted to take the chance. Except I went with my family to see Krampus. It’s now my second-favorite Christmas film, and I could only like it more if Krampus dragged off little Natalie Wood, or maybe Tom Hanks. 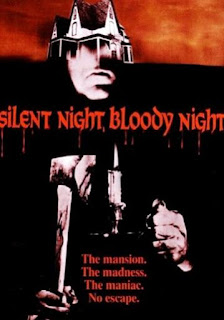 My new favorite Christmas film is Silent Night, Bloody Night. No, not this 1972 horror classic:

True story: Five minutes into watching La Nuit du Réveillon, my first thought was, “Damn, I wish I were French.”

My second was, “What moron changed La Nuit du Réveillon—roughly translated as Fancy Christmas Eve Dinner: a Stylish French Suspense Thriller—to Silent Night, Bloody Night for the American market?" If it was a French person, it demonstrates that the French truly do despise us. If it was an American, that person should be publicly flogged. 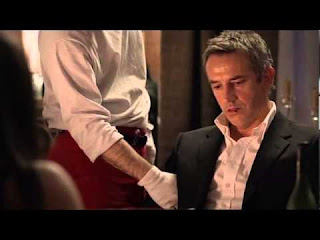 Synopsis: A man in the world’s creepiest Santa mask shows up at the door of a posh suburban French house on Christmas Eve, and coaxes a child (1 of 3) to let him inside. Santa, holding a serious a grudge and armed with a gun, tells Patricia (mom) and Pierre (dad) to go ahead with their party, and that he’ll blow up everyone with a bomb if they try to escape or tell anyone he’s a threat. Bonus: he has gifts for every guest at the réveillon. Hint: They wouldn’t be able to return these disturbing gifts to Le Bon Marché. 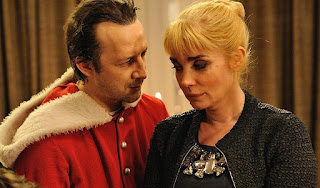 Confession #2: As I watched the film (my mouth unattractively half opened with astonished pleasure) I couldn’t help but imagine what an American version of La Nuit du Réveillon might be like. (We’re just going to let go of the whole horror title angle because someone was obviously drunk or crazy.) Picture Jennifer Aniston and Will Ferrell as Patricia and Pierre, with Adam Sandler or Chris Rock as Santa, (when who you really need is Tim Roth or Burn Gorman). Hilarity ensues because the bombs are fake, and the kids save the day by pranking evil Santa a la Home Alone. 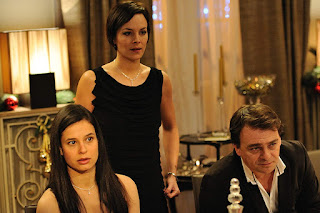 Thank God that’s not what happens. Santa directs the action, with Patricia, Pierre, and their pre-teen daughter as his frightened actors/pawns. Their primary audience are the guests, who are charmed, disgusted, amused, and confused by Santa, by turns. As Santa ups the tension with his puzzling, and ultimately devastating gifts and passionate mission, unpleasant secrets are revealed and the guests’ emotions undergo creeping changes: defensiveness, suspicion, fear, and shame. 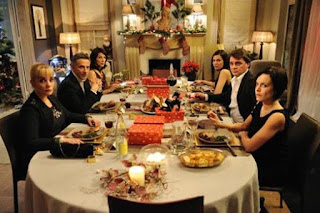 There is amazing food that I forgot to pay much attention to because plot, and violence when you least expect it. (Love surprises like that in fiction, hate them in real life.)

The very best part? An equivocal ending. Who does that? The answer is, very few screenwriters or fiction writers. Our mass culture doesn’t go for that. It’s too thoughtful. Too confusing. I know people type “What is meaning of ending of (insert film title)” into Google because if I type in “end meaning of…” I get explanations of the end of Netflix’s Eli, The Lighthouse, “‘Joker’ As Diagnosis,” and “Wounds Ending Explained,” etc. 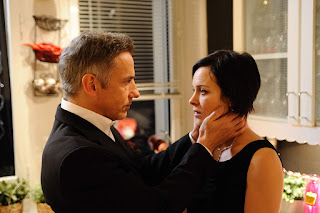 Why is La Nuit du Réveillon a good Christmas film? I asked Google, and it didn’t know. It did tell me the film is from The Turkey's Night (?!), a novel by Serge Quadrupanni.

I love the sincerity of the film. It’s unabashedly sentimental in parts—mostly on the part of the villain. That seems just right to me. 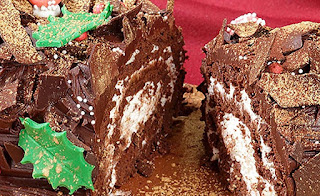 La Nuit du Réveillon/Silent Night, Bloody Night is on Amazon Prime. Grab yourself a Bûche de Noël from a fancy store, or make your own. Pour some bubbly and have a Bloody Merry Evening of your own, mes amis! 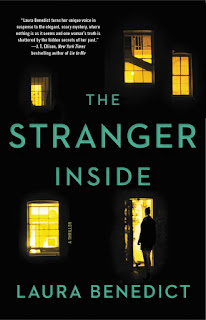 Laura Benedict is the Edgar- and ITW Thriller Award- nominated author of eight novels, including The Stranger Inside (Publishers Weekly starred review). Her short fiction has appeared in Ellery Queen’s Mystery Magazine, Strand Magazine and in numerous anthologies such as At Home in the Dark and St. Louis Noir. A native of Cincinnati, she lives in Southern Illinois with her family.
Posted by jedidiah ayres at 6:26 AM