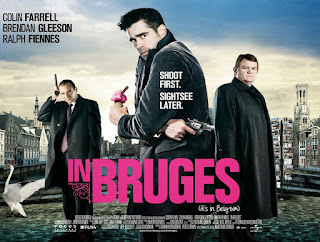 Do You See What I See? The Santa In Bruges

There’s no room at the inn, or anywhere else in Bruges, but sufficient accommodation isn’t the only thing missing. Christmas is fast approaching. Bruges has lights, snow and a dwarf.

The contenders for the role? 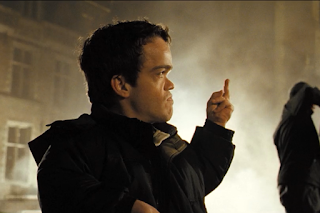 Jimmy is the dwarf. He’s resourceful, which is definitely a Santa Claus characteristic. Anyone who can find prostitutes in Bruges is sure to know how to get plenty of good things to give to children for Christmas. Unfortunately, he’s using ketamine and was so out of it that he didn’t even wave to Ray, so he’s probably not the best candidate for driving a sleigh. 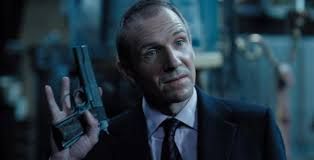 Harry has principles, and sticks to them. He’s a family man who’s capable of admitting he’s wrong and apologizing to his wife. The best argument for Harry being the ideal Santa is that he wanted Ray to have a good experience before he died. He liked Bruges and wanted Ray to see Bruges before ordering Ken to kill him so Ray would have one last positive memory. The problem is that he did order Ken to kill Ray. He also uses some homophobic slurs and has a temper, which are just a few more reasons he might not be an ideal Santa.

Chloe wouldn’t make an ideal Santa Claus or Mrs. Claus. She has a fluid approach to her relationships, robs people and sells drugs.

Marie is a better candidate. She works hard, and looks after her hotel and her guests. Marie wouldn’t feel bad about putting someone on the naughty list because they deserved it. She’s protective and not easily scared. The only thing working against her is her pregnancy. With her baby due imminently, Marie probably wouldn’t be cleared to fly.

Ray gets into fights at dinner. He makes a lot of noise when he enters a room at night and wakes Ken up, so probably wake up whole households dropping off presents. He wears contacts, which can be problematic when flying in the winter weather, and glasses aren’t much better because they can fog up. Ray is intrigued by dwarves, but calls them midgets. He’s rude, politically incorrect, makes racially inappropriate remarks, is needy and tends to follow instead of leading. He tells off-color jokes and can barely sit still because he’s coping with trauma. He doesn’t enjoy culture or traditions either.

Ray does give one guy a red nose, in a manner of speaking, although I’m not sure blood would light up the way Rudolph’s parasite-infected honker does. And although Ray respects the life of children and gives money to Marie’s unborn child, it’s fair to say he’s not the safest person around kids, which takes him out of the running. 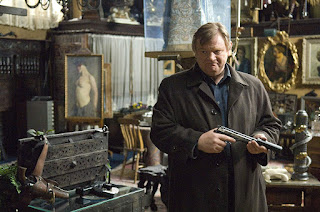 Ken is the last candidate. He isn’t much of a night person and likes his sleep, which are strikes against him. In spite of those drawbacks, Ken’s a good storyteller who tries to live a good life and takes responsibility for his actions. Ken enjoys history and culture, so he’d appreciate the tradition of Santa’s role. He risks his life to save a friend. Ken also has great organizational skills. In the end he leaves instructions behind and dresses for his finale.

What seals the deal? Ken doesn’t mind heights and isn’t afraid of falling, which makes him the best candidate to take the reins on Christmas Eve. But don’t take it from me. Add this Christmas crime comedy to your viewing list this holiday season and decide for yourself. 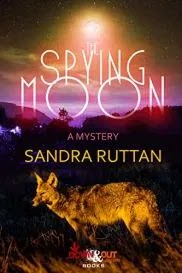 Sandra Ruttan's novels include What Burns Within, Harvest of Ruins and her latest The Spying Moon. She is an acquiring editor at Bronzeville Books and the editor of The Bronzeville Bee. Keep up with Sandra at her website and follow her on Twitter @SandraRuttan.
Posted by jedidiah ayres at 5:57 AM