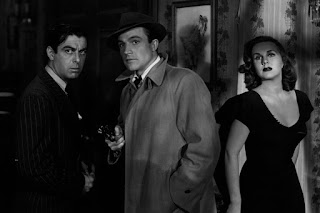 Christmas Holiday is a 1944 film noir directed by Robert Siodmak (The Killers), written by Herman J. Mankiewicz (Citizen Kane) and based on a novel by W. Somerset Maugham. Lieutenant Charles Mason (Dean Harens) is on the worst Christmas leave of his life: he thought he was gonna get married until he got a letter from his lady apologizing for marrying some other dude. He tries to fly home to San Francisco anyway, but gets grounded in New Orleans. He ends up involved with Abigail, a troubled torch singer played by Deanna Durbin in a brilliant performance where she seems stiff and lifeless until we see her in flashbacks about the tragic events that made her that way. 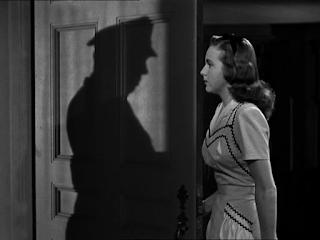 Music features heavily into the movie, and in one scene Mason starts to dance with Abigail, but then stops and says he's not good at it. This is a good in-joke because it will turn out that his competition for her affections is a pretty good dancer, Gene Kelly. But Mason should worry about more than a dance-off since this guy's Abigail's husband and since he's just escaped from Angola. 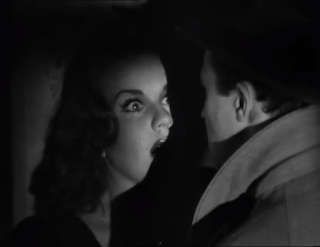 It's a really good movie, the only reason I'm ranking it low** is that the "holiday" in the title is used in the sense of a vacation, not a holy day. It only matters that the Lieutenant has some time off, so Christmas music and imagery doesn't really show up much in the movie.

**This is an excerpt from a previous post recommending Christmas crime movies by Vern. Find it here. 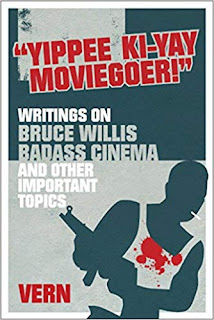 Vern is an outlaw movie critic and novelist. Since his illiterate beginnings on The Ain't It Cool News in the early 2000s he has become a leading authority on the films of Steven Seagal and an early adopter of the direct-to-video action renaissance. He coined the term "mega-acting" to describe Nic Cage's acting style and invented the Action Comprehensibility Rating system to promote coherence in modern action sequences. Keep up with him at his website and follow him on Twitter @outlawvern.
Posted by jedidiah ayres at 6:05 AM