Merry CrimesMas: Michael A. Gonzales on The French Connection 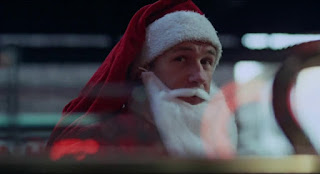 In the fall of 1971 I was eight-year-old New York City kid who was already a movie fan. My mother had taken me to see my first film (The Sound of Music) at Radio City Music Hall when I was two and I soon developed into a cinema junkie who watched Rat Pack flicks on the 4:30 movie, Elvis Presley movies at midnight and went to regular theaters every other week-end. Though I was a young boy, mom took me to see all kinds of mature content features ranging from the James Bond and Planet of the Apes joints to Goodbye, Columbus and The Landlord. Still, nothing could’ve prepared me for the gritty masterpiece that was “the nightmare realism…urban gothic,” as Pauline Kael dubbed it, of The French Connection. 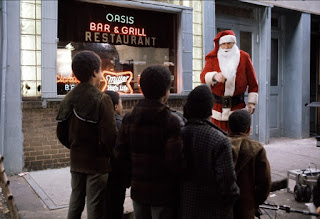 Without a doubt that flick changed my life in more ways than one as it introduced me to a broken glass dark side of my own city where undercover cops dressed like Santa Claus in the hood while on a mission to arrest low-level drug dealers peddling junk in a Brooklyn bar called The Oasis. Indeed, the first time I saw the crude cop Popeye Doyle (Gene Hackman) he was standing outside a Brooklyn bar dressed like Santa, with the full beard and the whole red suit uniform. One minute he was bonding, singing “Jingle Bells” with random Black kids and the next he’s chasing a junkie down the block. 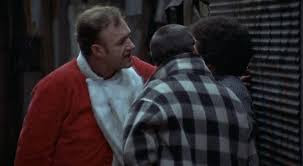 After catching the druggie dude in a vacant lot, Popeye asked him crazy questions about allegedly “pickin’ his feet in Poughkeepsie.” Of course, the junkie’s lowlife ass was arrested, but later, when the bigger French fish jumped in the mix, those suckers were harder to fry. The French Connection introduced me to the concept, as revealed by the movie’s shocking ending, that sometimes crime did pay and bad guys could get away no matter how hard the other guys tried. 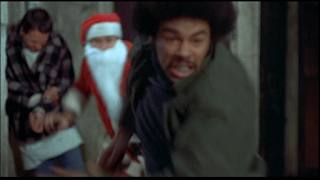 For me, watching The French Connection was the end of innocence while being the beginning of my love of true-crime, New York noir, urban existentialism and Gene Hackman dressed like Bad (Ass) Santa ringing a rusty bell while singing a classic carol. Ho, ho, ho. 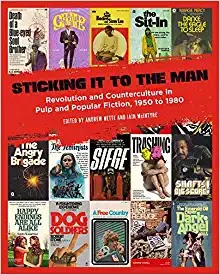 Michael A. Gonzales has written crime fiction for Killens Review, SOLEDAD, Black Pulp edited by Gary Phillips, Needle and Pulp Metal. His essays have appeared in CrimeReads, Longreads, Catapult, The Paris Review and the recently published Sticking it to the Man: Revolution and Counterculture in Pulp and Popular Fiction 1950-1980. Follow him on Twitter @gonzomike.

Posted by jedidiah ayres at 6:17 AM