“Your hands are sweaty when you think of Christmas…”

The best way to watch this gritty, low-budget Noir gem for the first time is the way I did. Barreling through that long black tunnel, goaded by a cynical and disturbingly intimate voiceover and then dropped unceremoniously into a cold, nihilistic world with no knowledge of what I was getting into. Just like Baby Boy Frankie Bono. 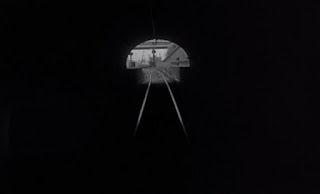 I saw this movie for the first time with my pal Gary Phillips at a Noir Con screening hosted by the redoubtable Czar of Noir Eddie Muller. Naturally, I spent the whole rest of the evening muttering “Danger signal!” to everyone and narrating whatever mundane thing I was doing in florid second person. Anyway this was about a decade or so ago, and there was no other way to see it. Lucky for you, there is a Criterion edition available now. It’s fucking gorgeous and jam-packed with dynamite extras and you should buy copies for all the little Noirhounds on your naughty list. But make sure you watch it yourself first. 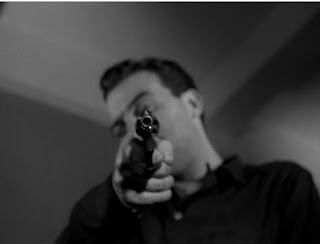 Ok, good, now that we’re all up to speed, let’s discuss the best fucking Christmas movie ever made. 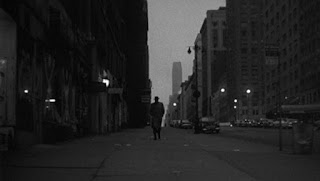 There’s all kinds of smart, scholarly writings out there and you should definitely check them all out, but this ain’t that. This is just me enthusing about a movie I love. And I’ll bet if you’re bothering to read this, you probably love it too.

It follows a lonely hitman on a holiday job in the big city, but the details of the plot are really almost beside the point. You just go with it and find yourself swept along with our broken anti-hero in a nihilistic spiral from the birth-like opening shot to the cold, bitter end. At a lean and mean 77 minutes, this film is nasty, brutish and short. 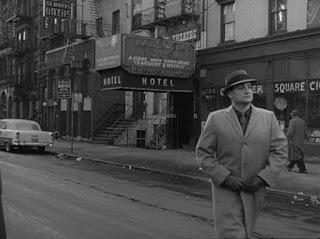 The first and most primal reason I love this movie is because it’s a New York movie. A perfectly preserved visual time capsule of my home town, showcased in all its raw and tawdry glory through a true New Yorker’s eye. Writer, director and star Allen Baron was born and raised in Brooklyn and the guerrilla footage of the city streets is a fucking love letter. Absolutely superb. 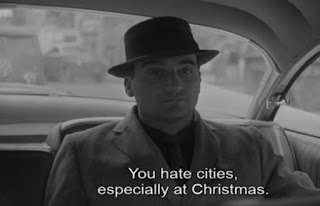 The second thing I love about this flick is that above mentioned voiceover. Penned by blacklisted writer Waldo Salt under a pseudonym and voiced by (also blacklisted) actor Lionel Stander, it’s delivered in the second person.

This unusual choice forces the viewer to relate to the damaged protagonist in an intimate and inescapable way. This feels especially disturbing surrounding the aborted sexual assault and during his brief detour into Harlem. That gravelly, streetwise voice in Frankie’s head (and ours) is part conscience, part barstool philosopher, and part angel of death. Is it over-the-top? Sure it is, and I love every pulpy, purple minute of it. I want that voice to narrate my life. 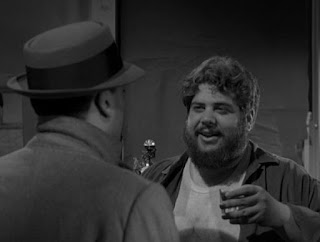 Third, but who’s still counting at this point, there’s Big Ralphie. I recently mentioned my love of vintage tough fat guys in a previous noir post for this august blog, and BofS has got one of the best and most memorable tough fat guys of all time. 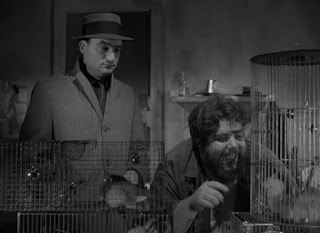 Big Ralphie is both repulsive and weirdly sympathetic while somehow also managing to come off as genuinely dangerous. He’s physically intimidating too, at one point arm-wrestling two guys at once. There’s a lot to hate, but I won’t lie, I kinda love this character.

Full disclosure, I love pet rats. I kept them myself when I was younger and only stopped because their way-too-short life spans was like a carousal of heartbreak. Which is why I found Ralphie’s tender bond with his beloved rats in their jauntily decorated cages to be charming and human, rather than gross and evil as it was probably intended. Your millage may vary.

Last, though I could go on and on, I have such a crush on the target’s mistress. I mean… 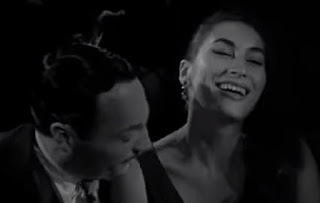 Anyway, what were we talking about..?

Right, this movie. It’s great. You need it in your life. Watching it is an annual Christmas Eve tradition here at the Fausthaus and you oughta do the same. 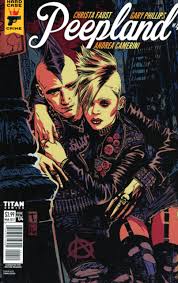 Christa Faust is the author of Money Shot and Choke Hold as well as many film and television tie-in novels (Snakes on a Plane, I shit you not) and a frequent contributor to Noir City magazine. Thank the noir deities her lucha libre novel Hoodtown is back the fuck in print and you should check out the comic Peepland which she is the co-creator of. Learn more at her website and follow her on Twitter @faustfatale.
Posted by jedidiah ayres at 5:59 AM