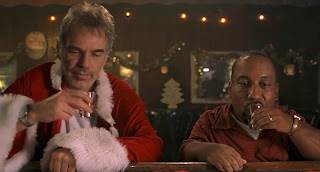 A butt-load of them.

It was how I learned about structure, about story beats, character, dialogue and all that high-faluting writer shit you hear so much about. I could never put a price tag on what I learned during that time. 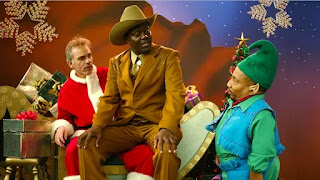 Every week a kindly Producer who knew I was an aspiring writer, would hand me 5-10 scripts to read. Stuff he liked. Scripts he thought were good and ones that were being filmed or were close to going into production. That way, I’d get to see the movie down the road but I would have the movie in my head already because I’d already seen it.

I was told rather casually, “Bill Murray was attached, but he bailed. Think Billy Bob is doing it now.” 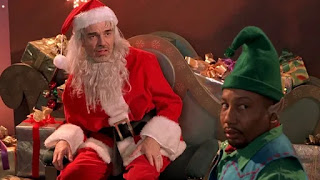 Now, I love Bill Murray (who doesn’t?) but the thought of living in a world where anyone other Billy Bob Thornton played Willie is a one I do not want to be a part of. When the aliens pick through the remains of us humans and they catalog the moments of our species’ historical significance, they will hold Bad Santa as the defining work of Billy Bob. They will also poo-poo the notion that Bad Santa is anything other than the perfect Xmas movie. Some will argue, sure, they always do, but fuck them.

Fuck those snooty-bitch-ass-intellectual aliens that think they know what’s what in this life. 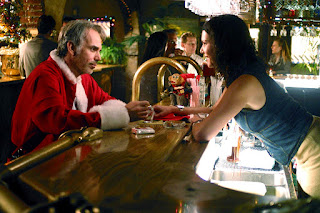 Bad Santa will forever be a special movie to me for reasons I’ve discussed above but make no mistake, this is a damn fine, funny film. One that still makes me giggle as it did when I first laid eyes on the script’s pages while sprawled out, half hungover, on that beat-up couch on Yucca Street in Hollywood. 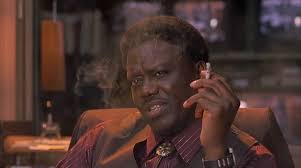 To keep my soul soothed, during the holiday season I watch Billy Bob, Tony Cox, Lauren Graham, Bernie Mac and John Ritter all brilliantly perform the asshole version of the Christmas spirit. 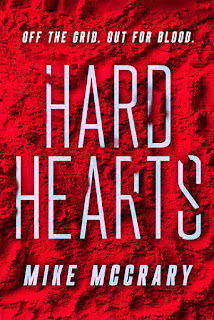 Mike McCrary is a screenwriter and the author of the Remo Cobb series, Relentless and Genuinely Dangerous. His latest novel is Hard Hearts. Keep up with him at his website and follow him on Twitter @mcmccrary.
Posted by jedidiah ayres at 5:48 AM